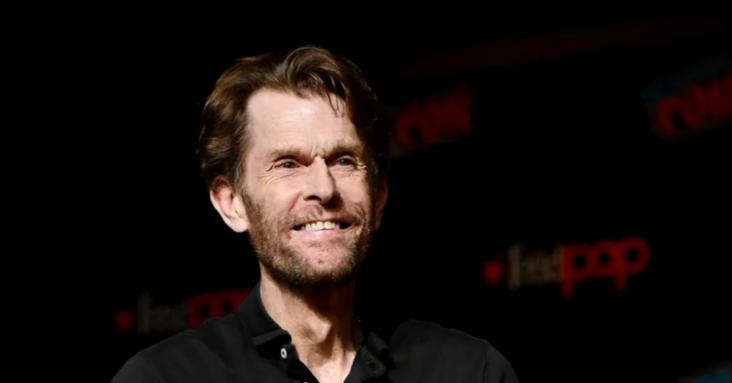 Kevin Conroy, who died at 66, was maybe the greatest performer of Batman ever

Actor Kevin Conroy has died. He was 66.

Conroy voiced the Caped Crusader on Batman: The Animated Series from 1992 to 1996, as well as in 15 films, 15 animated series and two dozen video games. To several generation of fans, including mine, he simply…was Batman.

That’s because Conroy understood something very fundamental about the character that no other actor to play Batman ever has:

Batman isn’t a disguise. Batman is the real guy.

It’s Bruce Wayne that’s the put-on — the pose, the performance, the face he shows to the world.

Conroy got that. Embodied it, really. But every other actor who’s slapped on the bat ears over the years inevitably adopts an overtly theatrical, affected voice when they play Batman.

For most of them, it’s a whispery rasp meant to seem super-butch, super-intimidating. It’s Clint Eastwood’s stoic Man With No Name in black Kevlar.

Christian Bale went even harder, punishing evil-doers (and his vocal folds) with a throaty, if weirdly adenoidal roar: “SWEAR TO ME!” A bullfrog with laryngitis, over here.

But Keaton, Clooney, Kilmer, Affleck and Pattinson all Eastwood-whisper their Bat-dialogue, as if they think they can save Gotham via ASMR.

All of them see Batman as the role to play, and convince themselves they need to create a separate, menacing persona to do so.

Conroy started from a much different place. His Batman was more natural, less forced, less false. He basically used his usual speaking voice. It’s something you can just sense immediately, and I think it’s one reason so many of us responded to his take as deeply as we did. We could see it: He’s not play-acting, he’s just acting.

The creators of Batman: The Animated Series have said that’s exactly what they were looking for. As they were auditioning people for Batman, actor after actor came in and did the Keaton/Eastwood whisper. It was everything they didn’t want their cartoon show to be — it was cartoonish.

But when Conroy slid into the booth, he just read the lines. He took his natural voice down only slightly, and inched closer to the mic.

But it wasn’t a pose, it was just him. He was cool. He underplayed. His Batman hangs back, he’s wry, even a bit sardonic. Mostly, though, he’s natural.

Plus, not for nothing? The guy had real pipes. In an episode of the animated series Justice League Unlimited, Batman is forced to sing a torch song in order to rescue Wonder Woman from the clutches of the evil witch Circe. And Conroy nailed it, while maintaining the character’s abiding Batmanishness.

On the other hand, it’s Conroy’s Bruce Wayne that was a bit. An extended performance. He nudged his voice up a skosh, made it slightly softer. The result is the sound of privilege, of comfort, of a life of ease and unconcern.

What he was actually doing, of course, was talking like all the other privileged jerks Bruce Wayne hangs with. Basically? He was code-switching.

(Is it too much of a stretch to wonder if maybe Conroy was so good at it because he was gay, and perhaps knew a little bit more about code-switching, was more practiced at it, than other actors to play Batman? Okay, it’s a stretch. But I’m just saying: It factors, maybe.)

In the years since Batman: The Animated Series ended, he never shied away from the role that would come to define him, as many other actors have done. He continued to voice the character in other shows, movies, and games. He was a fixture on the Comic-Con circuit, where he loved engaging with fans. He even got to play an elderly version of Bruce Wayne on the CW show Arrow.

But it wasn’t his whole life. He trained at Julliard alongside Christopher Reeve, Robin Williams, and Frances Conroy. He played Shakespeare, he played Broadway, and he had long runs on Another World and Search for Tomorrow. He’s survived by his husband, a brother, and a sister.

By all accounts, Conroy was a sweet guy who relished his Batman role and his fans, which is why there are so many of us out here feeling a deep pang of loss tonight. 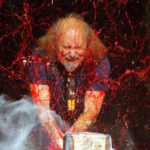 Home » World » Kevin Conroy, who died at 66, was maybe the greatest performer of Batman ever