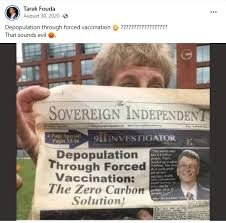 Italy’s government has announced that all health workers in the country must get a COVID-19 jab or face possible sanctions.

A decree on Wednesday—approved by Prime Minister Mario Draghi’s cabinet—says that health workers, including pharmacists, “are required to undergo vaccination,” with those who refuse facing potential suspension without pay, according to Reuters.

“The aim of the measure is to protect as much as possible both medical and paramedical staff and those who are in environments that may be more exposed to the risk of infection,” the Italian government said in a statement.

The move comes after the discovery of COVID-19 clusters in hospitals after staff refused to get shots, in a country noted for relatively high levels of vaccine hesitancy. A survey last fall found that nearly 40 percent of Italian respondents said they didn’t want to risk a COVID-19 jab. 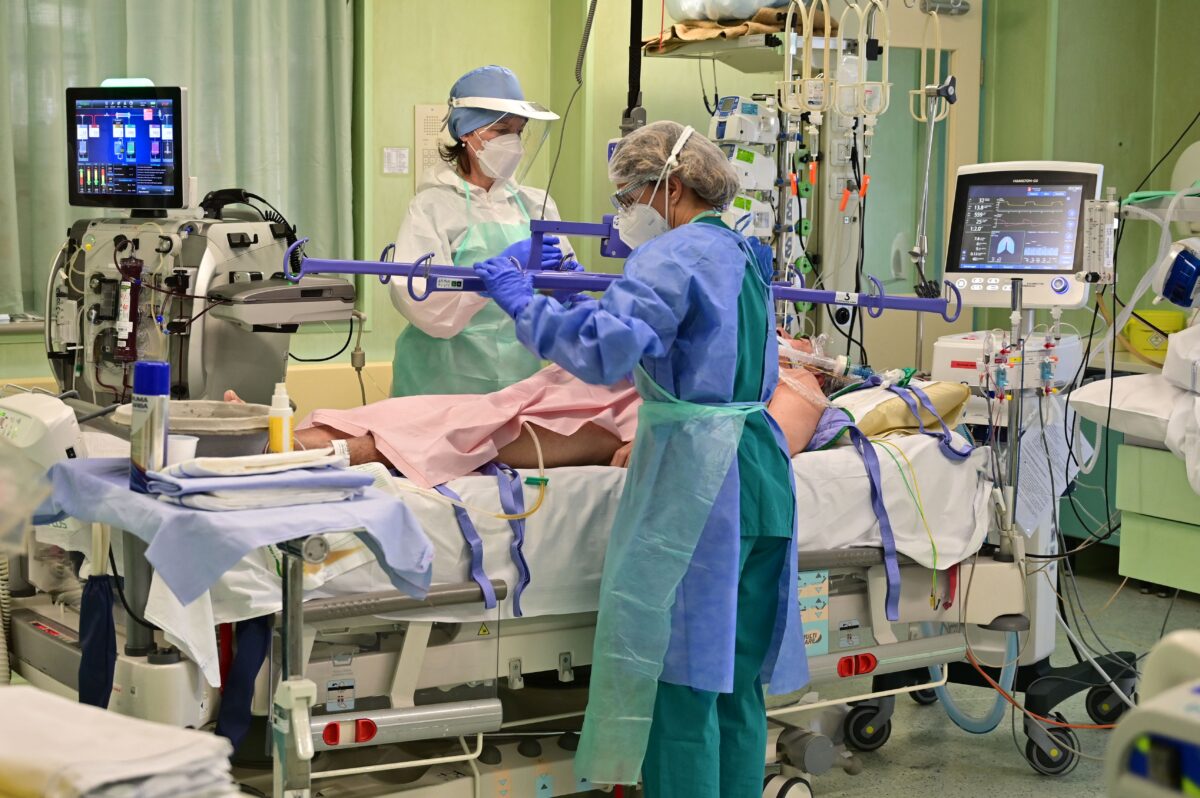 Members of the medical staff wearing personal protective equipment (PPE) tend to a patient in the COVID-19 unit of the Bolognini hospital in Seriate, Bergamo, Italy, on March 12, 2021. (Miguel Medina/AFP via Getty Images)

In the United States, by comparison, a December 2020 survey by the Kaiser Family Foundation vaccine attitude tracking project showed that 27 percent of the general public were vaccine-hesitant, telling pollsters they would either definitely or probably not get a shot. A separate January Gallup pollshowed that vaccine hesitancy is higher among U.S. healthcare workers and first responders than workers in all industries, which can serve as a proxy for the general population.

The Gallup survey showed that 34 percent of healthcare workers and first responders said they would not agree to get a shot, 49 percent said they would, while 18 percent were unsure. The percentage of workers in all industries expressing vaccine hesitancy stood at 27 percent, the same as the percentage of the general population polled by the Kaiser Foundation a month earlier.

Italy, where some 10 million vaccine doses have been administered since late December, has seen a resurgence in infections and deaths over the last month, prompting authorities to tighten restrictions.

The United States, which leads the world in COVID-19 vaccinations, recently surpassed 100 million administered doses, with the Centers for Disease Control and Prevention (CDC) announcing on April 1 a record 3.38 million shots in a single day.

But despite progress in vaccinations, new infections in the United States are on the rise, with the seven-day moving average of daily infections now over 79,000, up from around 53,000 earlier in March, according to Johns Hopkins data.

At a White House health briefing earlier this week, both President Joe Biden and the head of the CDC, Dr. Rochelle Walensky, voiced dire warnings that too many Americans were easing COVID-19 protocols.

Walensky said she had a feeling of “impending doom” at the rising cases of COVID-19, while Biden said if that continued, the United States could see a “fourth surge.” 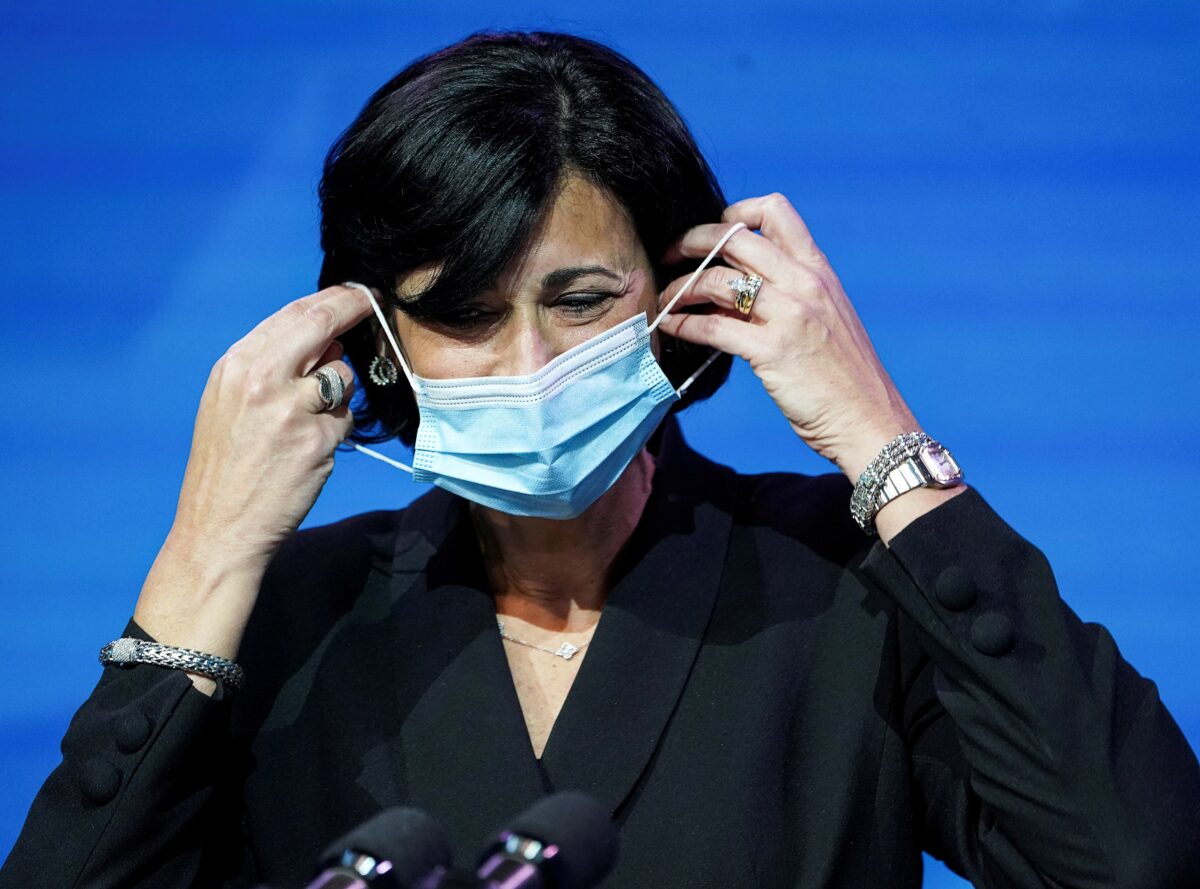 Dr. Rochelle Walensky, now the director of the Centers for Disease Control and Prevention (CDC), removes her mask to speak as Presidential Candidate Joe Biden announces nominees and appointees to serve on his health and CCP virus response teams during a news conference at his transition headquarters in Wilmington, Del., on Dec. 8, 2020. (Kevin Lamarque/Reuters)

To fight against COVID-19 “fatigue,” persuade people not to ease up on mitigation measures, and overcome vaccine hesitancy, the Biden administration has teamed up with influencers—including community, religious, and celebrity partners—to keep spreading the word.

Besides urging Americans to get a COVID-19 jab, the coalition of “trusted influencers”—which includes athletes, doctors, business people, and faith-based community leaders—will continue to promote the message that people shouldn’t let up with measures such as social distancing and mask-wearing.

The “vaccine” against this CCP bioweapon is 100% experimental.

mRNA functionally altered to produce a disruptive protein for a specific virus is a miracle of biochemistry.

A miracle without side effects according to experts with an agenda to deflect blame.

Just say “No!”, Italy. It’ll be interesting to see who refuses to get vaccinated, who gets threatened with firing, who among the threatened to be fired demonstrates on the streets, and who in the Vatican will speak on behalf of the moral dissenters… this could stir activists for freedom and the denouncement of human rights violations around the worldwide.

Strike then. See how they do with no Healthcare workers.

Don’t do this Italy. Haven’t you caused enough grief for this world. Between Italy and CCP I think the human race has had enough from both of these countries

The “vaccine” sector will become more and more lucrative as bioterrorism becomes the norm. It doesn’t take the plague to shut down any economy. But it helps to have leaders who are on the take.

This is IGNORING the NUREMBERG CODE! The people are NOT completely informed!

And thus, the underground healthcare program is started. Get out and support these people and start your own communities of like minded people now because it’s coming very soon to America. Farmers, doctors, teachers, blacksmiths, artisans and (probably sooner than later) churches. Totalitarianism is coming folks! You gotta start learning to live now outside the system.

They should walk away and leave hospitals immediately! Let the families of the patients step in to help if they care or maybe then they will support the individual freedom and right to choose when it comes to medical procedures, if women can abort a baby under my body my choice scam, then this is no different, it’s my body my choice not government choice nor masses choose and decide for me!

Many healthcare workers have already had covid, and their bodies have naturally built up immunity through production of antibodies. It seems like an overreach to mandate this.

Thank about that for a minute. Health care workers with more than average knowledge about the human body know that this is an experimental drug and understand that injecting yourself to protect against a flu virus with a 99% recovery rate is just madness. I am a health care worker and they will have to hog tie me and force me to take the jab. NO WAY!!!

No longer can we in America shrug our shoulders and say “it’s not happening to us so who cares.” Slowly and methodically what we are seeing in foreign countries is trickling it’s way into our own country and we can ill afford to continue being complacent. We are already paying the price for assuming that those in government had our backs

It’s a sad day when a regular Joe knows more than the medical workers. They should be standing together and refusing the vaccine. But they’re all brainwashed and simply roll up their sleeves 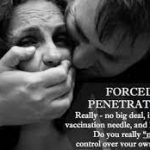 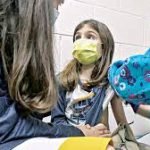