‘I See The Impact On Our Readiness’: Matt Gaetz Pushes To Reinstate Service Members Dismissed Over The COVID Vaccine

“I see the impact on our readiness from these mandates,” he said during a Tuesday afternoon phone interview with The Daily Wire. “We are hundreds of pilots short in the Air Force and and we’ve lost a number of pilots as a consequence of these mandates.”

The Florida Republican expressed frustration to The Daily Wire that the opposition to his amendments does not merely come from Democrats, warning that the leading Republican on the House Armed Services Committee, Mike Rogers (R-AL), has expressed public support for the military vaccine mandate.

“I hope that number reaches 100% quickly,” said Rogers of the number of vaccinated service members in August 2021.

“That is not my view,” Gaetz said of Rogers’ remarks, “and I doubt that’s the view of a majority of Republicans.”

As of late May, the Army had discharged at least 742 active-duty soldiers for refusing to get vaccinated, Military.com reported, noting that the number had more than doubled since the previous month.

The publication reported that 3,416 general officer reprimands, widely seen as “career killers in the military,” had also been given out to soldiers who refused the vaccine, and the Army had only granted nine out of 4,428 religious exemption applications.

“These are kitchen table issues in my district because I represent the district that has the highest concentration of active duty military in the country,” Gaetz explained, emphasizing that after Afghanistan, mental health and “a sense of self-worth” among many active duty military and veterans has deteriorated.

“I saw that in higher call volumes to our veterans service organizations,” Gaetz said. “This has compounded that malaise and frustration in our ranks because people feel like they didn’t have any agency in how the military that they’ve given their lives to is making decisions.”

Many of the service members who submitted religious exemption requests got back blanket form letter rejections, the congressman said.

“That violates the law,” Gaetz insisted. “Each exemption is entitled to an individual review, and our service members were denied that opportunity with these blanket form letter rejections.”

“Our military is not stronger today as a consequence of these vaccine mandate separations,” he added. “It’s weaker.”

The Department of Defense did not immediately respond to a request for comment from The Daily Wire addressing how many service members had been discharged for failing to get vaccinated, as well as how many religious exemption requests have been filed and how many have been granted.

“We deserve a military that is apolitical and doesn’t cater to any ideology other than American success,” Gaetz said on Tuesday. “Unfortunately, we now have a military that embraces Critical Race Theory, that teaches socialism at the National War College, and it drives out patriotic Americans who are religious and faith based. Those features of the current military leadership are having a compounding negative effect on the fighting force and our nation’s readiness.” 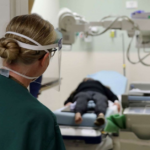 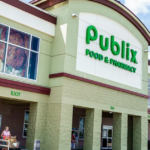 Home » World » ‘I See The Impact On Our Readiness’: Matt Gaetz Pushes To Reinstate Service Members Dismissed Over The COVID Vaccine