Between 8 and 12 November, Europol supported large-scale international action against trafficking in human beings. 29 countries*, led by Austria and Romania, took part in the action days, which were coordinated by Europol and Frontex. The activities saw more than 14 000 law enforcement officers target trafficking routes on roads and at airports. This resulted in 212 arrests and the identification of a further 89 trafficking suspects

The action days aimed to combat human trafficking for the purposes of sexual exploitation, forced criminality and forced begging. Europol coordinated the five action days from its 24-hour Operational Centre, which provided the participant countries with informational crosschecking, secure communication channels, and a range of analytical capabilities throughout the operation. The action days took place under the umbrella of the EMPACT security mechanism/framework.

CASTING THE NET WIDE IN PURSUIT OF TRAFFICKERS

This led to law enforcement identifying 593 adults and 57 minors as potential human trafficking victims, which included nationals from countries in four continents. Officers stations at EU airports were able to identify a large number of victims as vulnerable to trafficking and exploitation. Those identified were either successfully referred to the UK’s National Referral Mechanism, or returned them to their home countries with welfare checks or police assistance put in place upon their return.

There were also seizures of goods such as false driver’s licenses, weapons, and hard drugs. The information gleaned from these action days has led to the opening of 327 new cases, along with the possible identification of further suspects and of human trafficking. This enhancement of cooperation between EU agencies, national law enforcement, and actors such as passenger information units, will inform similar future investigations into these serious criminal activities.

Law enforcement also targeted a wide range of possible locations for human traffickers, such as bars, brothels, nightclubs, nail bars, massage studios, and strip clubs. This diverse range of target areas was the result of intelligence showing that traffickers were deploying multiple methods for recruiting their victims, such as the ‘lover boy’ method and threats of violence against victims’ relatives.

**Results are still to be collated from activities in Luxembourg and Malta.

*** This designation is without prejudice to positions on status, and is in line with UNSCR 1244/99 and the ICJ Opinion on the Kosovo declaration of independence.

In 2010 the European Union set up a four-year Policy Cycle to ensure greater continuity in the fight against serious international and organised crime. In 2017 the Council of the EU decided to continue the EU Policy Cycle for the 2018 – 2021 period. It aims to tackle the most significant threats posed by organised and serious international crime to the EU. This is achieved by improving and strengthening cooperation between the relevant services of EU Member States, institutions and agencies, as well as non-EU countries and organisations, including the private sector where relevant. Trafficking in human beings is one of the priorities for the Policy Cycle. 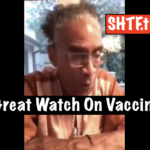 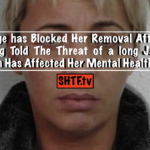