“It is long overdue for President Biden to end the COVID-19 public health emergency and relinquish the emergency powers that he just renewed again,” Mr. Guthrie said in a news release.

He also said he introduced the bill “to prevent any more delays by forcing the Biden Administration to finally release and execute a plan that my House Republican colleagues and I have been repeatedly pressing for to unwind the PHE.”

The House could take a symbolic vote on the legislation, as The Wall Street Journal reported the Senate did last year, and President Biden then has the option to veto legislative efforts to end the public health emergency.

Politico reported Jan. 10 that the latest renewal could be the last one, though the Biden administration could still issue additional short-term extensions as needed.

“The decision to terminate the COVID [public health emergency] will be made by the HHS secretary based on the best available data and science. Any suggestion that a specific end date has been established is untrue,” an HHS spokesperson told The Hill. 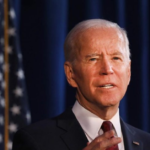 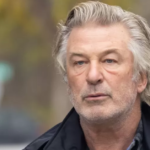