Count billionaire tech entrepreneur Elon Musk among those Americans who are concerned about serious Covid mRNA vaccine side effects.

Musk on Friday revealed that he had taken a second booster shot and immediately experienced “major” side effects.

“I had major side effects from my second booster shot,” Musk wrote on Twitter. “Felt like I was dying for several days. Hopefully, no permanent damage, but I dunno.”

The Twitter chief also related a story about his cousin who went to the hospital with a serious case of myocarditis.

“And my cousin, who is young & in peak health, had a serious case of myocarditis,” Musk added. “Had to go to the hospital.”

Elon Musk’s remarks provoked a strong response from people who have had similar experiences, as well as those whom Big Tech silenced when discussing such matters.

“That’s actually crazy,” ALX commented. “What’s sad is that you’d be deplatformed or Fact Checked on Facebook, Instagram, or YouTube for sharing that because it’s not in line with the WHO or ‘independent fact checkers’.”

But Scott Adams, whose post triggered the thread, was skeptical about the claim.

“No one gets deplatformed for saying something happened to their cousin,” Adams argued.

“Replies to this say otherwise,” ALX responded. “People often get banned from platforms for *no* reason and their policies have changed so much over time on the subject of vaccines. Just because they’re smaller accounts. Doesn’t mean it isn’t happening.”

Interestingly, Adams’ post had gotten the conversation going by showing the polling disparity between Americans who claim vaccine side effects and the “official” narrative that such adverse

“How do we interpret this?” he asked.

The post showed a Rasmussen poll where about 7% of the respondents claimed “serious” side effects from the Covid mRNA shots, which considerably exceeds the typical medical threshold for “rare.”

“Question: 68% of 260M Adults (177M) indicate they received the COVID-19 VAX and 7% of those reported major side effects. That translates (177 x .07) into approx 12M people. The CDC says major side effects are ‘rare.’ How many people does CDC estimate had major side effects?” Rasmussen asked while citing a 2009 definition from the European Medicines Agency.

The Vaccine Adverse Event Reporting System (VAERS) is a “passive” system used by the CDC that allows medical providers and the public to report adverse events. There have been over 670,000 adverse events reported after taking the Covid-19 vaccine, according to the VAERS website.

There is also medical evidence that the mRNA shots are linked to adverse events.

New research in pre-print publication at the American Heart Association’s journal Circulation shows a link between free spike antigens produced by the mRNA Covid shots and a form of heart inflammation known as myocarditis. In December, the Food and Drug Administration uncovered a risk of blood clotting and pulmonary embolism. The CDC recently announced an “investigation” into an elevated risk of strokes, but quickly shut it down by claiming there was no risk.

The scientific evidence and accumulating personal testimonies are causing a major rift between the American public’s experience of vaccine side effects and the U.S. government’s official narrative that it is all our imagination.

Now that at least one major social media platform is open to citizens sharing their personal experiences, there is reason to believe that the dam is about to break. 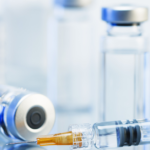 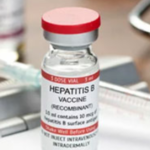