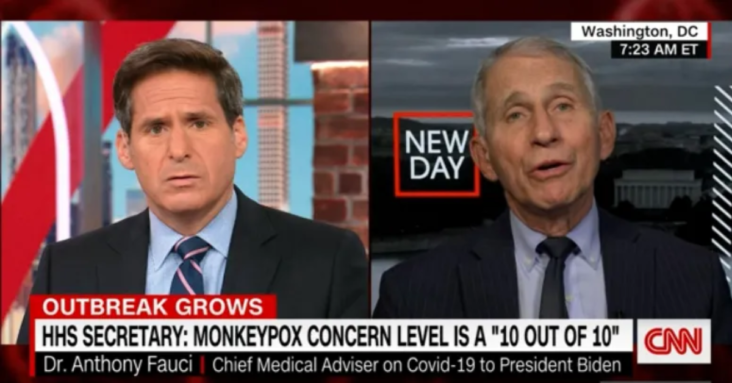 It appears myself, and the majority of the community, were correct to foresee the DNC/Globalist plan to introduce Monkeypox as the next “emergency” to instill fear in the sheep and justify mass mail-in voting, so they can utilize their voter fraud network, as per “2,000 Mules”.

We saw this coming from a mile away. We know the playbook. The DNC knows they are going to get stomped in the midterms and we are only three months out. If they are going to make their move, it has to be soon. Now, given the actions of Liberal strongholds New York and San Francisco, as well as the actions from the World Health Organization and the CDC, we can see the Globalists are trying to establish a narrative. They even brought on their Messiah, Lord Fauci, to amplify the Monkeypox fear campaign.

See CNN and CNBC article and video below. Fauci speaks on the Monkeypox response team at the CDC. They are already talking about preemptively vaccinating people.

Same old song and dance. The same recycled plays. They are going to try to it again. Frankly, this is a good thing. Why? Because it proves we were right about EVERYTHING. It proves election fraud. It proves the biolabs. It proves complete and total perversion of the healthcare and pharmaceutical system. It proves complicity and corruption in the media. It verifies all of the Trump narratives.

A “pandemic” has shown back up, WHO Director declared Monkeypox a global emergency, they are gearing up to shut us down, and they are already talking about rolling out vaccines. All of this is to enact emergency powers to force mail-in voting again, right before the midterms.

However, this will establish a painfully obvious and disturbing trend that many normies aren’t going to be able to ignore. “Pandemics” keep popping up every election, and the DNC benefit. Couple this with the allegations from Russia and China pertaining to the “Liberal-Globalist” production of biological weapons in Ukraine, and the picture becomes clear.

The DNC/Globalists are producing biological weapons at biolabs in Ukraine, and other countries around the world, and unleashing them on the world population for strategic and political value, killing millions, then enriching themselves off of the vaccines for the virus they created and unleashed.

This is the most heinous crime in the history of mankind, thus Russia went to war and are demanding International Military Tribunals in Ukraine, and the top names on the list are Obama, Biden, Clinton, and Soros.

I’m not sure how this will all unfold, but the Deep State have played their hand. They are beginning the Monkeypox fear campaign to push for mail-in voting, because they know they can’t win. This is their move. 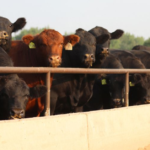 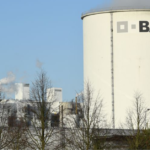