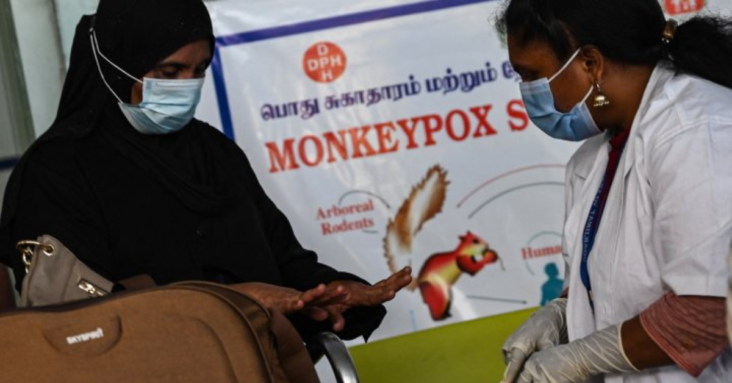 The viral disease that causes flu-like symptoms and skin lesions is endemic in parts of Africa, which means it is consistently present in certain regions. The continent has registered just over 1,500 suspected cases since the start of 2022, of which 70 have been fatal, according to the WHO.

By comparison, Canada has confirmed over 200 cases, the majority of which are in Quebec, and has had no deaths.

That’s why he believes Africa should be getting the lion’s share of resources to deal with monkeypox — and that should include mass vaccinations, he says.

“I think Africa needs to be looked at with high, high priority,” he said.

“It needs to be a mass vaccination campaign for monkeypox with the newer vaccines for people in the African continent, especially in the high endemic areas.”

Dr. Monica Gandhi, a physician and infectious disease expert at the University of California, San Francisco, says she also believes more people living in regions where monkeypox is more prevalent should be vaccinated.

“That will actually stop it in endemic regions in this non-endemic outbreak.”

That the WHO is only now taking monkeypox seriously is “profoundly problematic,” Gandhi says, given that the disease has been spreading and killing people in Central and West Africa for years.

“It’s been circulating since 1958. There are increasing outbreaks — a severe one in Nigeria, for example in 2017 — and it’s only really essentially when this has affected high-income countries that the WHO is jumping on it.”

Experts who have worked on monkeypox in places like the Democratic Republic of Congo have long taken note of rising cases while population immunity to pox viruses has been decreasing, due to lack of vaccination. This is why the world shouldn’t be surprised at the current outbreaks, said Anne Rimoin, an epidemiology professor at UCLA in California, who has studied monkeypox for two decades.

The COVID-19 pandemic has demonstrated how quickly a deadly virus can spread across the globe when the right conditions are present, so health officials ought to learn from this and start being more proactive, she said.

“When it comes to infectious diseases, in particular those viruses that have the potential for global spread, it’s much easier to stay out of trouble than it is to have to get out of trouble.”

In addition to providing vaccines, health officials should also be ramping up resources to study this disease and do more surveillance to get a better understanding of monkeypox and learn why it is spreading in new and unusual ways, Rimoin said.

“We’ve given this virus a lot of runway to be able to spread. We have not been looking for it as vigilantly as we should be,” she said.

“I think we have to learn the lessons that we’ve learned with COVID-19 and that it is much better to invest ahead of time to get in front of these viruses, to do the kind of surveillance it’s necessary to be regularly updating our knowledge about viruses.”

Good disease surveillance is just as important in poorer countries as it is in “high-resource settings,” she added.

Like many countries around the world, Canada and the United States stopped vaccinating the general population against smallpox by around 1972, which means many on this continent are highly susceptible to pox viruses like monkeypox.

Given that scientists expect to see more emerging infectious diseases due to factors such as climate change, deforestation and globalization, the world should start getting better prepared for new outbreaks, Elsayed said.

This is why, in addition to calling for vaccinations and more resources to fight monkeypox in Africa, Elsayed believes governments in developed nations should also consider more options to protect citizens from pox viruses, including possibly re-introducing mass smallpox vaccinations.

“I believe that these vaccines should come on board again for the general population … but not (just) for monkeypox, but also to protect the world against perhaps a smallpox pandemic that can happen in the future, or even another virus that’s closely related to monkeypox but hasn’t reached humans,” Elsayed said.

He stressed this should only be considered after addressing the more pressing needs in Africa first.

Rimoin noted that when the world stopped vaccinating against smallpox, it opened a “gap of immunity” for populations to once again be vulnerable to it. And with the emergence of a number of new pox viruses in different parts of the globe, including mousepox, cowpox and camelpox, the world is not immune to new outbreaks, she said.

“We now have to really think about, How important is it for us to be able to keep pox viruses out of the population?” she said. “What are the stakes of allowing this virus to spread? And then acting accordingly.”

-With files from Global News reporter Reggie Checcini and Reuters. 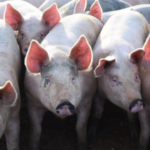