From day ,one the U.S. Food and Drug Administration knew the Covid-19 vaccine was linked to serious heart trouble in recipients. The FDA medical officer review of Pfizer’s original Covid-19 application notes “clinically important serious adverse reactions [included] anaphylaxis and myocarditis/pericarditis”—that is, severe allergic reactions and inflammation of the heart and or the sac containing the heart, respectively. As of this writing, FDA has not released its review of the Moderna “Spikevax” mRNA vaccine application despite having granted emergency use authorization well more than a year ago and full approval late last month.

The Vaccine Adverse Event Reporting System (VAERS), jointly run by FDA and the Centers for Disease Control, lists a long and impersonal number of cardiovascular-related events in young, healthy people. Without reading the underlying narratives submitted with the reports, it’s hard to establish the precise causal links regarding these adverse events. Still, there are thousands of reports of heart attacks, myocarditis, and pericarditis in the United States alone, which should have spurred manufacturers and the FDA into full investigation mode.

Studies acknowledged by FDA officials show that the FDA’s various safety databases only collect an estimated 1 to 13 percent of all adverse events that occur. Multiple FDA drug safety epidemiologists have stated during official FDA presentation that it only takes a single well-documented adverse event to justify a safety signal investigation and in turn to warn the American public of the potential risk.

Historically, the FDA has sought safety warnings on labels, up to and including a “black boxed warning” and a prescribing restriction known as a Risk Evaluation and Mitigation Strategy (REMS) for much less. For instance, in 2008, after fewer than 200 spontaneous VAERS reports of tendon rupture following administration of the class of antibiotics known as fluoroquinolones, FDA added a “black box warning” and REMS prescribing restrictions.

Yet thousands of serious, debilitating, and deadly safety VAERS reports following Covid vaccines and boosters are not being held to the same regulatory standards. If approximately 1 to 13 percent of adverse events are reported, extrapolating those numbers means the actual number of adverse health events could easily be in the hundreds of thousands in the United States and many millions worldwide.

In addition to VAERS, the CDC’s Vaccine Safety Datalink indicates an excess risk of myocarditis and pericarditis in recipients following the Pfizer and Moderna vaccines. The cardiovascular risk after any mRNA vaccine is high, but with Moderna it’s approximately four times higher than Pfizer’s.

Other public health agencies with much tinier budgets and staff compared to our FDA’s took action on this months ago. In October, Denmark, Finland, Norway, and Swedensuspended the use of the Moderna vaccine for young people, but it’s still full speed ahead here in the United States.

Since then, more data has been released affirming the same: On Jan. 25, 2022, a CDC and FDA study published in JAMA shows the risk of myocarditis following any kind of mRNA Covid vaccination is greater than the background risk in the population, with the largest proportions of cases of myocarditis occurring among white males.

A comprehensive study out of Britain from December 2021 examined data from more than 42 million people who have taken a Covid-19 shot found a noteworthy increase in myocarditis with mRNA vaccines that persisted and increased with every dose and booster. “An association between Covid-19 infection and myocarditis was observed in all ages for both sexes,” the study’s abstract states. “These findings have important implications for public health and vaccination policy.” Indeed they do—especially in light of the questionable way the FDA approved vaccines in kids from 5 to 13 years old, and the pending FDA applications to approve vaccination in babies starting at 6 months old.

The FDA, CDC, and manufacturers have access to VAERS and additional high-quality denominator-based vaccine safety systems including the Biologics Effectiveness and Safety Initiative (BEST) and the Vaccine Safety Datalink (VSD), respectively. Have manufacturers and our health agencies used these tools and others to fully investigate the cardiovascular health risks of the vaccine? There is reason to doubt, given the political pressure the Biden administration has put on the agencies to advocate for taking the vaccine while almost never mentioning safety.

Myocarditis and pericarditis have historically been rare. They are defined as inflammation of the heart muscle or layers of the pericardial sac, respectively. Both conditions cause easily recognizable ECG changes and have ambiguous symptoms that include shortness of breath and chest pain. Myocarditis and pericarditis can easily be diagnosed clinically with echocardiograms and can be treated by inexpensive pharmacology and bedrest, but for that to happen, people need to know to seek medical diagnosis and care.

Therein is the problem: providers and patients are not being adequately warned to monitor for cardiovascular symptoms despite the increased incidence. Since there is a failure of manufacturers and the FDA to address this and other untoward effects of mRNA utility and mandates, outside drug safety experts need to publicly address mRNA Covid vaccine safety immediately.

On February 4, 2022, a CDC advisory committee proposed extending the gap between Covid-19 shots to mitigate the cardiovascular damage of the vaccine. This indicates the federal government is aware of the serious risk. Yet rather than addressing the risk head-on by communicating the facts to the public, they seem to be taking a “half measure” of changing the interval and hoping to mitigate risk without evidence it will have any effect on outcome.

In the very recent past, anyone warning about the exact same cardiovascular risk that this advisory panel spoke about less than a week ago were shamed and banned on social media by “big tech” “fact checkers.”

Vaccines are one of the most important inventions in human history, having saved millions of lives. That does not mean every person should get every vaccine. Also, like every drug out there, it is critically important to quickly detect and report safety problems. Now we have a federally mandated vaccine that is clearly no longer effective, and potentially causing additional illness and death.

The failure to adequately monitor and warn for Covid vaccine adverse events has served to harden not only Covid vaccine hesitancy but has shredded the credibility of public health authorities. The failure to openly talk about known adverse reactions erodes trust.

In the 1950s physicians used to not tell patients when they had terminal cancer because they thought it was for their own good. We are long past the day when hiding information from the public is considered good for public health. It never is. It is not only unethical and insulting, it’s dangerous.

Dr. David Gortler is a pharmacologist, pharmacist, and an FDA and health policy fellow at the Ethics and Public Policy Center. He was a professor of pharmacology and biotechnology at the Yale University School of Medicine, where he also served at Yale’s Bioethicist Center, and was an FDA medical officer who was later appointed by the White House as senior advisor to the FDA commissioner for drug safety, FDA science policy, and FDA regulatory affairs. He is a columnist at Forbes, where he writes on drug safety, health care and FDA policy. 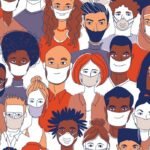 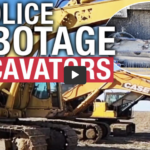