A former player for the National Basketball Association implied during a podcast that the Phoenix Suns mascot carries racial overtones.

The podcast host mentioned he remained an avid fan of the Phoenix Suns basketball team. That seemed to prompt Odom to remark about the team mascot. Odom extrapolated alleged racist comments from Suns owner Robert Sarver to paint the gorilla mascot as racist. The former NBA star suggested having a gorilla mascot was a manifestation of racist tendencies by the Suns organization and maybe even its fans.

“I feel bad for the Suns fans because they ain’t even going to get what y’all probably deserve until, probably until you change the mascot,” Odom said.

Podcaster Bootleg Kev asked Odom to explain why he believes the Suns having a gorilla mascot is racist. Odom did not mince words in a reply that implied it should be obvious to a casual observer.

“Come on, bro,” he responded. “”Gorillas in the desert? You can’t find any. You could probably find a cactus.”

Odom included Suns fans when apportioning blame for the mascot choice, asserting they “probably deserve” many of the team’s troubles — on and off the court.

“But you know what’s so, really crazy about it?” Odom asked. “They just tried it because they wanted to get the fans involved, and that’s the reason why they kept it: because the fans loved it.”

The long-time Lakers player noted Arizona did not immediately adopt a federal holiday in honor of the late Martin Luther King Jr. nearly 40 years ago, implying current fans must harbor some racist sentiments.

“I’m just saying it’s not good representation,” Odom insisted, “because Phoenix is, like, the last city to recognize Dr. King.”

Arizona first recognized Martin Luther King Jr. Day along with the rest of the country in 1986 after President Ronald Reagan made it a federal holiday, according to an azcentral report.

After years of political inaction, voters approved a state King holiday in November 1992. Arizona became the only state that put the addition of Martin Luther King Jr. Day to a vote by the people and receive approval.

The gorilla became the Suns mascot in 1980 after a local telegram service worker was paid to attend games wearing a gorilla suit, according to a New York Post report.

Odom acknowledged to the podcast host he did not notice racial undertones of the mascot while playing with the Lakers. He said that in his early 40s he views the mascot and other elements of American culture differently.

Photos of the 1980 Suns team reveals that a majority of players were white, so it seems unlikely the organization was making a racial statement with its mascot choice. 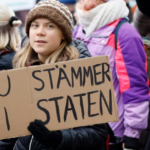 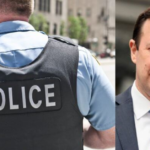