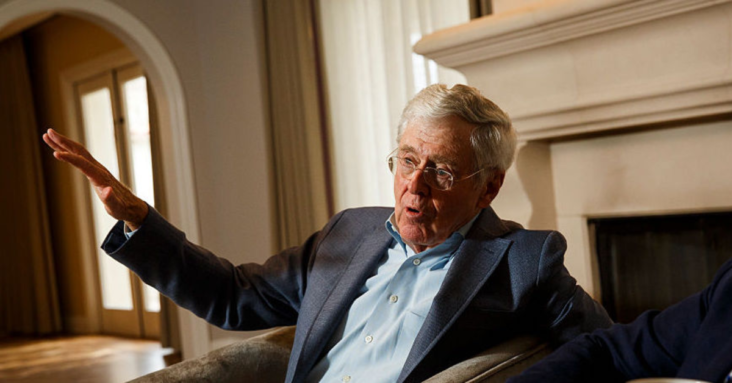 For pro-lockdown campaigners, all roads lead to the Kochs

During the Covid-19 pandemic, tribal politics have pushed scientific discourse into the back seat. Scientists who provide their honest assessment of medical and public health data have often been subject to ad hominem attacks and slander.

When Left-leaning journalists defend the government’s pandemic strategies by falsely classifying opponents as Right-wing, it hurts the Left while boosting the Right. The latest example is an article in the New Republic with one of the most far-fetched personal attacks we have seen since March 2020 — a true accomplishment during a pandemic filled with logical somersaults.

The target is Urgency of Normal, a group of physicians and medical scientists arguing against the masking of toddlers and children. The group includes Dr Vinay Prasad, a physician, epidemiologist, and associate professor at the University of California in San Francisco. With colleagues at Harvard and the University of Colorado, he wrote the most thorough scientific review of the efficacy of masks against Covid. They concluded that “data to support masking kids was absolutely absent.”

The New Republic article is called ‘Why Is This Group of Doctors So Intent on Unmasking Kids?’ The straightforward answer is that the doctors concluded that there is no reliable scientific evidence that masks on children reduce disease spread alongside a strong presumption that they may harm some children. The New Republic dismisses this possibility, claiming that “the science is strong” that masks help to “quell the pandemic”, and that there is “‘little scientific disagreement”. The last point is self-evidently untrue given the participation by many eminent scientists in the Urgency of Normal itself.

The essay then goes full ad hominem, attempting to link Dr. Prasad to “libertarian” efforts by the Koch family to unmask children via a convoluted chain of supposed associations, each of which is weak and the combined effect of which is simply conspiracy (see below). It appears that the New Republic, once a fierce critic of Sen. Joe McCarthy, has now embraced McCarthy’s guilt-by-association techniques.

Dr. Prasad is an excellent epidemiologist, but to paraphrase the New Republic, it seems “that the days of listening to the epidemiologists are over”. They are not alone. The Daily Poster/Lever and Jacobin magazine have used similar ad hominem arguments to falsely “connect” lockdown opponents with the Koch network, falsely claiming that the two of us are “connected to Right-wing dark money”. Our closest and only financial “connection” to the Koch Network is to have worked for universities, Stanford and Harvard, which have received millions of dollars from Koch foundations, although unrelated to any of our own work.

In the summer of 2020, Jacobin magazine interviewed one of us about lockdowns and their devastating effects on children and the working class. Their reader’s reactions were illuminating. The public criticism from high-profile individuals was harsh, calling us Trumpian, among other things. But, we also received many private letters from Jacobin readers, thanking us for saying what they were thinking but did not dare to say in public.

Views on pandemic strategies do not map onto a simple Left/Right binary. In the United States, Dr Anthony Fauci’s lockdowns were implemented by both Republicans and Democrats, generating enormous collateral damage to education, cancer, cardiovascular disease, vaccination rates, mental health, and hunger, to name a few malign outcomes. More often than not, members of the working class were the hardest hit. In Europe, the social democrats in Sweden chose not to copy Fauci’s response to the pandemic. One contributing factor may have been that its prime minister came from the working class, having started his career as a welder.

Classifying those like Dr Prasad as “Right-wing” for taking different views on pandemic restrictions is only damaging to the Left. Instead of permitting the Right to claim full credit for opposing misguided Covid policies, the Left should rightly claim some of that credit — Dr Prasad is, after all, on the Left himself. Instead, publications like the New Republic seem intent, not merely on smearing scientists instead of learning from them, but on driving reasonable men and women to the Right.

The New Republic’s convoluted attempt to associate Dr Prasad with the Koch family, in full: 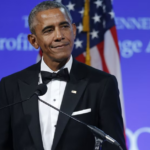 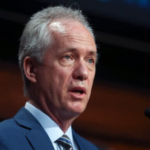 Home » World » For pro-lockdown campaigners, all roads lead to the Kochs