The father of 19-year-old Horace Lorenzo Anderson will receive $500,000 in a settlement with the city of Seattle nearly two years after his son was shot and killed in the Capitol Hill Organized Protest (CHOP) zone.

Anderson’s father, also named Horace, filed a complaint in November 2021 against former Seattle Mayor Jenny Durkan, Councilmember Kshama Sawant, and the city of Seattle. The lawsuit alleged that these city leaders encouraged CHOP zone occupants to break the law and put people’s lives in danger, which ultimately led to Anderson’s death, according to The Seattle Times.

“Durkan, the lawsuit claimed, downplayed the illegal behavior and ‘celebrated the existence, message and methods of CHOP and CHOP participants’ even as police officials, including then-Chief Carmen Best, warned of increasing mayhem and violence around Cal Anderson Park,” the Times noted.

Anderson was killed after getting into a confrontation with 18-year-old Marcel Long in the CHOP zone on June 20, 2020. Another 33-year-old man was also reportedly shot in the incident.

“Bad blood between the two young men led Long to allegedly shoot Anderson on the sidewalk across the street from Cal Anderson Park, according to police,” the Times previously reported.

Long was arrested after a year-long search and charged with first-degree murder in July 2021. He pleaded not guilty.

The Seattle Police Department abandoned its East Precinct on Capitol Hill 12 days before Anderson was allegedly shot and killed by Long. The decision to leave the precinct came after 10 days of protests and rioting in the area following the death of George Floyd in late May 2020.

After Anderson was allegedly shot, evidence showed that medics did not immediately enter the CHOP zone to attend to him, citing a policy for police presence to go in first and clear the way for medics in scenes of violence. Police claimed a hostile crowd prevented them from entering the CHOP zone to clear the way for medics. Anderson reportedly had to be treated by civilians and taken to Harborview Medical Center in the back of a pickup truck.

The lawsuit against the city claims Anderson would have survived his wounds had medics been able to get to him immediately. 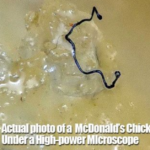 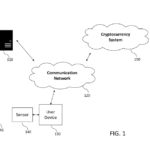