EU vice-president and Greek socialist MEP Eva Kaili is ARRESTED by Belgian police in 'Qatar lobbying scandal': Politician is suspended from her party amid corruption claims

Vice-president of the EU Parliament Eva Kaili was suspended from her party and Parliament group after being arrested in Brussels on Friday by police investigating alleged lobbying by World Cup hosts Qatar.

Greek socialist MEP Eva Kaili, 44, is being questioned after the arrests of four other people as officers searched 16 properties earlier on Friday.

This is said to include Ms Kaili’s partner as well as Luca Visentini, 53, who is the current General Secretary of the International Trade Union Confederation, ITUC.

The ITUC said it was ‘aware’ of the media reports, but had no further comment to make at present. 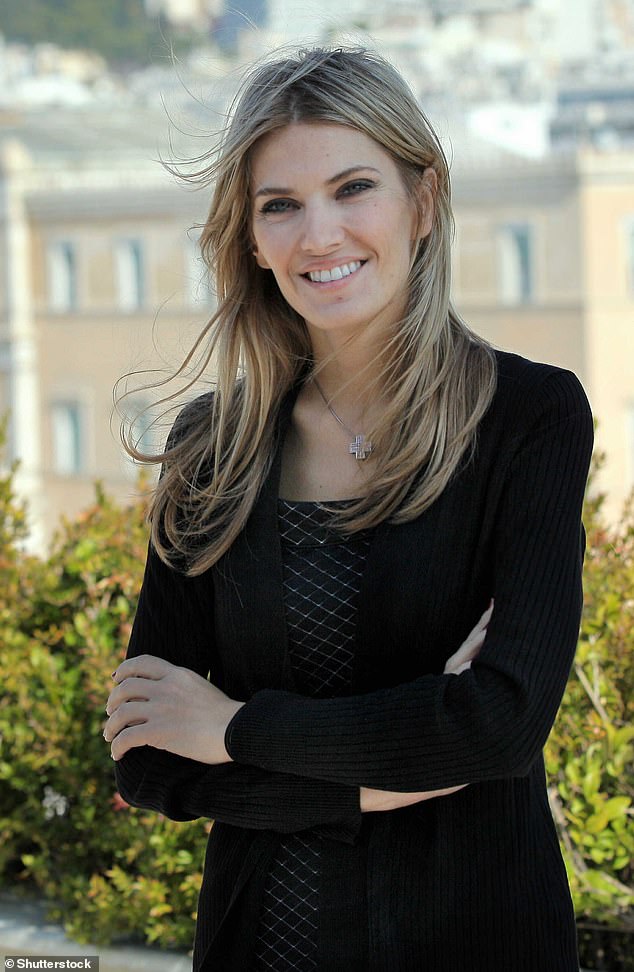 Greek socialist MEP Eva Kaili, 44, is said to have been arrested in Brussels on Friday 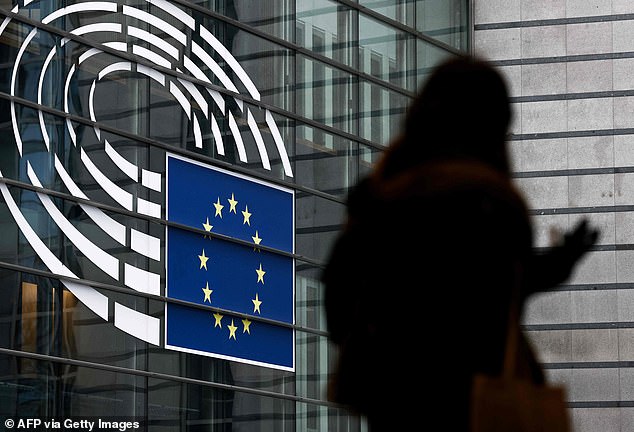 It is understood all four of those originally arrested are Italian citizens or of Italian origin.

Kaili is the partner of one of the four, a parliamentary assistant with the European Parliament’s Socialists and Democrats group, said a source close to the investigation.

Belgium’s federal prosecutor announced the earlier arrests after 600,000 euros in cash was discovered when police raided 16 addresses raids in the capital Brussels.

The prosecutors did not specify the identities of the suspects or name the country involved, saying only that it was a ‘Gulf’ state.

But a source close to the case confirmed press reports that it was focused on suspected attempts by Qatar to corrupt an Italian Socialist.

Prosecutors had said a former MEP was among those arrested did not identify any of those concerned.

Belgian press reports said the country concerned was Qatar, and named the former MEP as Italy’s Pier-Antonio Panzeri, who served as a socialist in the parliament between 2004 and 2019.

A statement from Belgium prosecutors said: ‘Today’s searches have enabled investigators to recover about 600,000 euros in cash.’

‘Computer equipment and mobile phones were also seized. These elements will be analysed as part of the investigations.’

Investigators ‘suspected a Gulf country (of influencing) the economic and political decisions of the European parliament’, the statement added.

It alleged this was done ‘by paying large sums of money or offering large gifts to’ influential figures in the European parliament.

The searches were carried out as part of a wider investigation into ‘criminal organization, corruption and money laundering,’ and primarily targeted parliamentary assistants, the Belgian federal prosecutor’s office said in a statement.

Ms Kaili is a member of the Panhellenic Socialist Movement and was voted in as one of 14 vice-presidents in January 2022. She has been an MEP since 2014.

The center-left Socialists and Democrats group in the European Parliament said that it ‘has taken the decision to suspend MEP Eva Kaili’s membership of the S&D Group with immediate effect, in response to the ongoing investigations.’

They demanded that what it called ‘the unfolding Qatar lobbying scandal’ should be added to the assembly’s agenda next week so that further details about the affair can be established and an appropriate response considered’ by lawmakers.

The former Greek TV news anchor was also suspended by her party at home – the Greek Socialist party, Pasok-Movement for Change.

Pasok said it acted ‘following the latest developments and the investigation by the Belgian authorities into the corruption of European officials.’

She recently called Qatar a ‘frontrunner in labour rights’ after meeting with the nation’s labour minister, Politico reports.

In a video statement posted on Twitter by the Qatar News Agency she said: ‘I believe the World Cup for Arabs has been a great tool for… political transformation and reforms…’.

The European Parliament ‘recognised and respected’ Qatar’s progress in labour reforms, she added.

She made similar comments during a speech at the European Parliament later in November, accusing some MEPs of ‘bullying’ Qatar and accusing them of corruption.

This is despite international concerns about after it was revealed thousands of migrant workers could have died building the tournament’s stadiums.

Migrant workers make up more than 2.5 million of Qatar’s 2.9 million population and labour conditions have been strongly criticised – particularly in the lead-up to the World Cup.

Doha has implemented reforms to its migrant labour system, but critics insist more work needs to be done to make sure the changes have an impact.

Qatar’s World Cup has also been dogged by accusations of corruption surrounding the vote to award the tournament to the energy-rich Gulf state.

The EU parliament’s press service declined to comment on the raids while an investigation was underway, but said the assembly was cooperating fully with Belgian police.