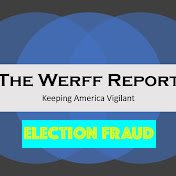 I’m from Colorado. Trust me when I say, Trump won my state. Mike Lindell has presented the world with this evidence. Should the courts ignore the theft of this election, our men in uniform must fulfill their oaths. This treasonous act must be punished ASAP.

It took a pillow man, Mike Lindell, to uncover what the FBI and DOJ has ignored. Mike Lindell’s report with Dr. Frank goes into much detail on how this algorithm was determined and employed. We need to keep pushing especially in GA where the courts have now interceded due to a fraudulent suite by the GA secretary of state. The people of GA fight and push your congress to allow access to the sealed ballots.

We knew and know the Election was Stolen.. this report helps confirm it.. Now What Can Be Done About It.. Our Country Is Paying Dearly For This Criminality

This is how you do it. Tell the truth and see how long it takes for them to put the” boot on your neck”. We had a stolen election and the crooks are now in charge, unless we change it.

President Trump won the 2020 Presidential election by a huge landslide, possibly 80 million votes. We will not submit to voter fraud and allow our election to be stolen! God bless our President and get him back in office soon!

Thank you Werff, Admire you for saying ” President Trump and Joe Biden” . Will wait patiently to hear what comes out of this

Corruption runs Deep in our Political System. All of us watched as Votes were changed right before our eyes, then it was hidden. Even Dems know Trump actually Won the Election but they’ll never admit it. Do as we like about finding the Truth, nothing will change.

This corrupt and illegal action must be stopped or we will never have another free and honest election and this country will become just another third world banana republic. We need to pray long and hard over this. I believe without God’s help we are lost.

It will be interesting to see what-if anything is done once all of the information is compiled and presented to show this election was without a doubt fraudulent! At the very least we would hope to see the ones responsible to be convicted of their crimes and sent to prison! And the best would be to see safeguards put in place to ensure this cannot happen again! Pray people!♥️🇺🇸♥️

Treason. Those traitors behind it need to be found. Who wrote the algorithm? How did it get placed in each state? Will anyone ever be punished for it?

Who will tilt the first Domino far enough to fall (Michigan, Georgia, Arizona, Wisconsin, Pennsylvania, New Hampshire)? Let’s see who actually gets the first Domino to fall. The rest will crumble like a House of Cards. Freedom, Prosperity, Respect and Liberty will soon follow! 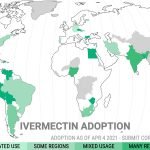 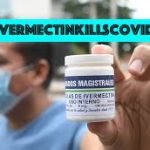