With all the political wrangling on the Biden Administration’s handling of the southern border crisis, the real story of child sex trafficking is getting lost in the discourse.

In this exclusive video from RenaudBe, a group of patriots come upon a group of kids at the border, who were incoherent and appeared drugged. Worst of all, they were all abandoned by their parents! One of the patriots asks a nearby adult, supposedly the father of two of the children, about their mother. He replies that his wife abandoned him and left him with the kids, ages 3 and 4. Another patriot then says this about the kids: “This is not a natural sleep. They are out!”

Says Renaud Bedard, “Welcome to Joe Biden’s America, where the human-trafficking is stronger than ever. They should have DNA tests done on the spot for all the kids and their supposed parents, which in reality are part of a child-trafficking cartel, keeping kids sedated to prevent them from talking, or screaming for their real parents.” Here’s the stunning video. 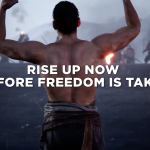 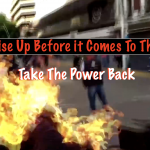