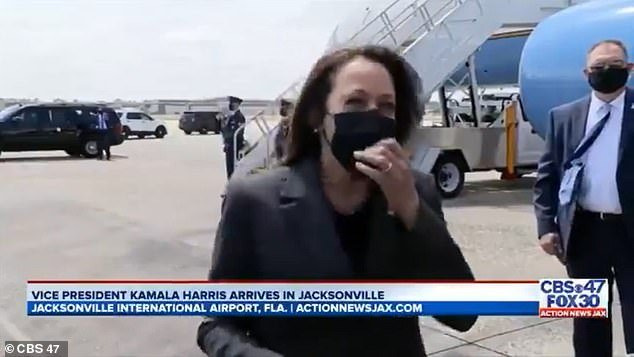 In my mind Dan Patrick has it right. This is a planned collapse. How did this administration do what they did, are they criminals responsible or just that stupid. I think the Democrats don’t care for America or Americans anymore. They see collapse as a way to siege power with the Marxist State Media and the leftists pushing the narrative. But its sickening and crazy and very very dangerous to see the intentional collapse of the USA. Once that happens it will be civil war around thee world after the food supply chains faulted. This is reckless and inhumane.

mbed]https://youtu.be/1dYnCDrGsAE[/embed]
Vice President Harris laughed when asked Monday if she planned to visit the US-Mexico border, where a humanitarian and security crisis is unfolding as tens of thousands of Central American migrants have crossed in recent weeks.

“Not today,” said Harris, who formerly represented border-adjacent California as a senator, before letting out a belly laugh. “But I have before, and I’m sure I will again.”

Harris offered the response — shown on video posted to social media — during a Monday visit to Jacksonville, Fla. to promote the passage of a $1.9 trillion coronavirus relief package.

After previously saying that he had no plans to tour the crossing, President Biden too committed to making the trip “at some point” when asked Sunday.

The administration has faced fierce criticism for its response to the crisis, which has seen migrants — including thousands of unaccompanied children — flock to the border at levels unseen in 20 years since Biden was inaugurated and began rolling back Trump-era immigration restrictions. New York Post

Today alone there’s been a wave of activity in the news cycle surrounding the border crisis. Axios managed to publish some inside photos of the migrant facilities at the US/Mexico border with help from Texas Democrat Rep. Henry Cuellar. He didn’t visit the facility himself but he managed to pass along the images. James O’Keefe and Project Veritas did the same, releasing a new video of O’Keefe trying to get inside these buildings. The guards stationed there shooed him away on “private property” grounds. James explains that even human rights lawyers who specialize in migrant related representation are having difficulty getting access as well.
An insider source gave Project Veritas inside photos that show “pods” (cells) of people crowded together and wrapped up in foil blankets.

A big deal amidst an ongoing media “gag order” that restricts reporters from seeing directly inside where migrants coming up from Central America are being housed. Over the weekend we learned this housing is temporary as the Biden administration plans to pay $90 million to house migrants in hotels throughout Texas.
While the National Guard were housed in parking garages back in January, the Biden administration was forced to answer why incoming migrants will get to stay at proper hotels. This comes as concerns of human trafficking are being reported and White House Press Secretary Jen Psaki’s ongoing refusal to acknowledge the Biden border crisis exists. 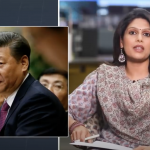