Charlbi Dean, the South African actress who turned heads this year with her turn as a fashion model influencer in the Palme d’Or-winning Triangle of Sadness, has died. She was 32.

Dean died Monday at a hospital in New York City after what was described as unexpected sudden illness, her rep told The Hollywood Reporter.

In his THR review, David Rooney wrote that “Dickinson and modeling industry recruit Dean provide an agreeably absurd center to all this, coaxing sly humor out of Carl and Yaya’s entitlement and their gradual awakening to the realities of a world outside their bubble.”

She was in Cannes in May promote the film.

Born in Cape Town as Charlbi Dean Kriek, she made her onscreen debut in the 2010 South African film Spud, then returned for the 2013 sequel.

Dean began modeling at 14 after dropping out of high school; in a 2013 interview, she said she “was named ‘walking, talking toothpick.’ Being very skinny was something I hated at school.”

She began working for the international Guess label and later appeared on the cover of Vogue and in shoots for Gucci, United Colors of Benetton and Ralph Lauren.

She survived a fiery car crash in 2008 in which she broke her wrist, four ribs and an elbow and suffered a collapsed left lung. 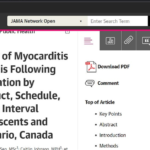 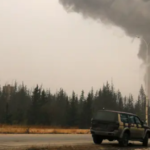