The Covid “pandemic” was, and is, a massive theatrical edifice intended to distract popular attention away from the fact that criminal bankers running the monetary system are making a concerted push towards full-on totalitarianism through monetary and financial control.

At a 2020 IMF Summit Agustin Carstens explained that for the general use of Central Bank Digital Currencies (“CBDCs”) “we tend to establish the equivalence with cash and there is a huge difference … in cash we don’t know, for example, who is using a dollar bill today … a key difference in with the CBDC is that central bank will have absolute control on the rules and regulations that will determine the use … and also, we will have the technology to enforce that.”

Agustin Carstens is general manager of the Bank of International Settlements (“BIS”). Based in Switzerland, BIS is the central bank of central banks.  Carsten is also a member of the Financial Stability Board (“FSB”) and the Group of Thirty (“G30”).

As the Telegraph reported in 2009, “the creation of a Financial Stability Board looks like the first step towards a global financial regulator,” or, in other words, a global central bank. And, put simply, Andrew Marshall wrote, the G30 can be thought above all as an exclusive club of financial crisis kingpins.

Later, at the same IMF Summit, Carstens explained with gusto that central banks will have full control over retail CBDC transactions, including ability to block individual transactions.

“If an advanced economy issues a CBDC, and somebody in a third country wants to use it, it will require the consent of the central bank of the residence of that person. Therefore, the degree of control will be far bigger,” Carsten said.

“Five years ago, I explained that there had been a coup d’état by criminal bankers who were not being investigated at all by the department of justice in the US in the wake of the financial crisis,” John Titus said in an August 2021 video, “and the two videos that really carry the message there were: The Veneer of Justice in a Kingdom of Crime; and, All the Plenary’s Men.”

“The people running our monetary system now are actually quite open and brazen about their desire for totalitarianism and for complete financial control over everyone’s life … and in that vein I want to show you two examples of very high-ranking bankers who’ve been instrumental in building out the monetary gulag that they’ve admittedly are dreaming about, they ponder visions of totalitarianism for you and me … Larry Fink, he is the CEO of Blackrock … [and] Agustin Carstens, he is the head of the Bank for International Settlements.” 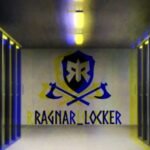