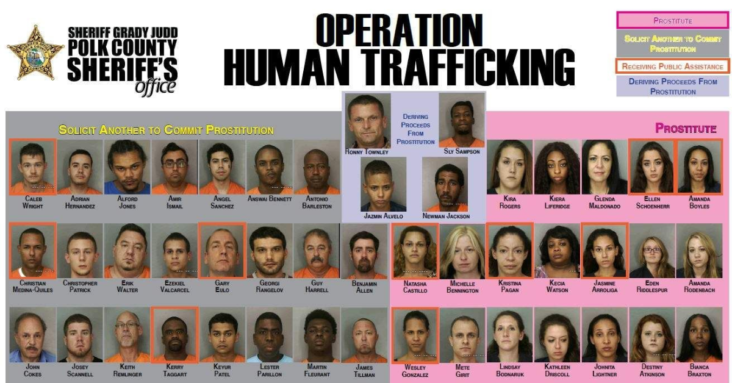 The Polk County Sheriff’s Office and other agencies arrested 160 people in a seven-day operation focused human trafficking in its area.

Deputies said the arrests from “Fall Haul 2” included school teachers, a state corrections officer, and a Disney employee. Twenty-six of those charged were said to be married men, and 15 of the arrests involved people from outside of Florida.

One of these out-of-state arrests included a deputy police chief from Georgia, Jason DiPrima, who allegedly tried to hire an undercover detective pretending to be a prostitute with $180 and a pack of White Claw. During a Friday press conference, Sheriff Grady Judd said DiPrima has since resigned from his position and condemned him for embarrassing the Cartersville Police Department and his family.

“He did a mean, nasty thing to his family,” Judd said.

DiPrima wasn’t the only government employee to be arrested. A corrections officer with Lake Correctional Institution, 24-year-old Keith Nieves of Orlandom was also arrested after trying to have sex with a prostitute who turned out to be an undercover detective, according to the sheriff’s office.

“He’s in the jail as a jail bird like the jail bird he watches,” the sheriff said.

Another suspect, 43-year-old Cameron Burke of Ocoee, was already out on bond after being accused of having sex with a 15-year-old student at Oak Ridge High School in Orange County. He worked at the high school as a computer technician at the time of the alleged crime.

Judd said when deputies took Burke into custody during their sting, he become very emotional and said he was already out on criminal charges.

“Dude, why didn’t you think of that ahead of time?” the sheriff said. “Of course, you only have three brain cells.”

Meanwhile, two currently employed teachers were also caught by deputies trying to engage in sex acts with a prostitute.

The sheriff’s office said Carlos Gonzalez, 36, of Davenport was a Math teacher at New Dimensions High School in Osceola County. According to Judd, Gonzalez said he was just going to give the two prostitutes money and leave without having sex, but he was arrested anyway.

The other teacher was John Layton, 26, of Gotha, who worked as a physical education teacher at West Orange High School in Orange County. The sheriff’s office said he was caught after trying to pay an undercover $40 for a sex act.

Judd said during the arrest, Layton asked how long it would take because he had track practice in the morning.

And as Judd said, it wouldn’t be an undercover operation without at least one Disney employee being arrested as well.

Disney bellhop Guillermo Perez, 57, of Winter Garden was arrested after trying to have sex with an undercover detective for $80, according to the sheriff’s office.

The sheriff’s office also arrested Samy Claude, 26, of Orlando, who works as a photographer and was often contracted by Disney. Deputies said Claude brought a bag of sour Skittles for the undercover detective.

While the sheriff emphasized the clients of prostitution, he also spoke on the suffering that the victims of human trafficking who are used as sex workers.

The sheriff’s office said it encountered two human trafficking victims in its investigation, along with five other possible victims. Judd said there could be more among the people who were arrested for prostitution, but they must come forward.

One of the victims deputies encountered was a woman who was 10 weeks pregnant and was given drugs and fentanyl in hopes to abort her unborn child, who she did not want.

While she was in custody, the victim got a text message telling her to leave her rendezvous soon because of Polk County’s reputation, according to Judd.

One More Child, Heartland for Children, My Name My Voice, and the Children’s Home Society of Florida worked with the sheriff’s office to provide support for victims.

“From the moment they come into the operation, we want to immediately hand them off to our social service friends and our counselors so they can begin working with these victims of human trafficking,” Judd said.

The sheriff said these victims are some of the most difficult to work with. However, should a person arrested for prostitution come forward as a victim of human trafficking, Florida law allows law enforcement to wipe their arrest from public record.

Marianne Thomas, director of My Voice, My Choice, said she was proud of the work the organizations and law enforcement have done to support the victims of human trafficking.

She encouraged those who were arrested for prostitution in “Fall Haul” to come forward if they were victims.

“You don’t have to do this,” Thomas said. “You can do something different.” 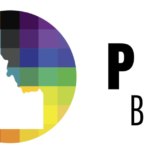