Appearing on CNN program “State of the Union,” Sununu said that Biden’s remarks were “horribly inappropriate” and “insulting” to those voted for Donald Trump’s MAGA agenda, who accounted for half of voters in the past two presidential elections.

“It’s insulting. And people should be insulted by it. And he should apologize,” he said.

Sununu went on to point out that Biden’s “polarizing” comments were quite the opposite of his 2020 campaign promise to unify America.

“When we allow ourselves just to talk in these extremes, we polarize the country, we bring people further apart,” he said. “If I remember, this was the guy that the candidate to be president at the time said he was going to bring everybody together and then calls half of Americans fascists.”

During an Aug. 25 fundraiser event in Bethesda, Maryland, Biden described the MAGA movement as the “death knell of an extreme MAGA philosophy.”

“It’s not just Trump, it’s the entire philosophy that underpins the—I’m going to say something, it’s like semi-fascism,” Biden told his party’s donors.

Speaking later at a campaign rally in a Rockville, Maryland, high school gym, Biden added that he “can deal with” Republicans like Maryland Gov. Larry Hogan, whom he called someone “within the mainstream of the Republican Party” 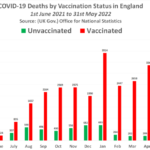