A man in India died of a heart attack while watching James Cameron’s new film Avatar: The Way of Water.

The incident took place in the Kakinada district of southern Andhra Pradesh state where a man identified as Lakshmireddy Srinu collapsed inside a movie theatre.

As per local media reports, Srinu was with his younger brother when he collapsed in the middle of the film and was declared dead by doctors after being taken to the Peddapuram Government Hospital.

He is survived by a daughter and a son.

Speaking of this case, the director of Fortis Hospital, Noida, Dr Sanjeev Gera, told the Hindustan Times that “after Covid, there is a continuing inflammation in our blood vessels.

“Because of stress, increase in blood pressure like what happened in this case, arteries of the heart could have ruptured and that can cause sudden cardiac arrest.”

“This may be due to a plaque rupture in the coronaries or triggering of an arrhythmia due to excitement,” said Aster CMI Hospital’s Dr Pradeep Kumar D.

“These kinds of deaths do happen during exciting matches/emotional situations. The movie per se is unlikely to have caused the death,” he added.

This isn’t the first time a person has died while watching an Avatar movie.

As per Wion News, a 42-year-old man in Taiwan died of a heart attack while watching the first part of Avatar in 2010.

The man had a history of high blood pressure and the “over-excitement from watching the movie” triggered his symptoms.

“It’s an achievement of such technological clarity that I’d instantly buy any flatscreen TV that was showing it in Currys,” she wrote. “The plot, if anything, is an inconvenient distraction from the real pleasure of looking and guffawing.” 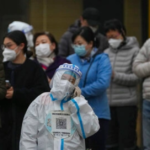