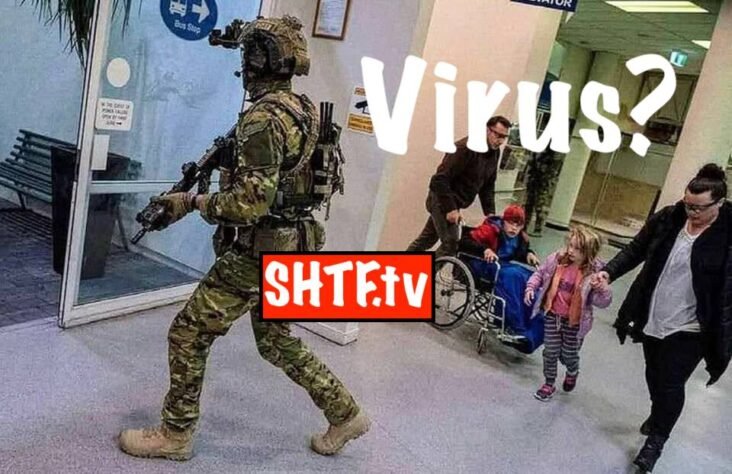 Australian Army that is heavily Armed to escort covid people?

Australian adverse reactions to the covid vaccines to be paid out

“They can only leave for medical treatment, in an emergency, or as required by law.”

“It’s highly likely that more residents will be transferred to Howard Springs today, either as positive cases or close contacts,” he continued, adding “We have already identified 38 close contacts from Binjari but that number will go up. Those 38 are being transferred now.”

“I contacted the Prime Minister last night. We are grateful for the support of about 20 ADF personnel, as well as army trucks to assist with the transfer of positive cases and close contacts – and to support the communities.

We are doing an assessment today of what extra resources we might need from the Feds, and the Prime Minister is ready to help further – I thank him for that.”

“We’re conscious of the fact that this can have some impacts on people’s mental health as well as their general well being,” Police Commissioner Jamie Chalkner told NT News.

Of note, the Northern Territories are home to a large percentage of indigenous Australians. As the Epoch Times‘ Steve Milne notes:

In addition, the more remote an area, the higher the proportion of Indigenous Australians living in overcrowded dwellings (26 percent in remote areas and 51 percent in “very remote” areas), compared to 8 and 22 percent in non-remote areas.

Five days ago, NT Senator Malarndirri McCarthy told ABC that over crowding in Indigenous communities was a “massive problem,” pointing to the region’s second cluster of new infections – which included nine members of McCarthy’s direct family, including her sister who flew from Katherine to Robinson River while unknowingly bringing COVID-19 with her, per the report.

“If we could get housing in there right now, I would be pushing that straight away to the federal government and the NT government to work on that, but we obviously need the resources to do so,” she said.

Of the nine new cases in Binjari, four are women and five are men, including a 78-year-old woman who has been transported to Darwin Hospital.

Ive LooKed At The Science, Anti-Vaxx Slogan is Pure Propaganda

There were zero new COVID-19 cases reported on Sunday, however Minister Gunner said he was worried about ‘mingling between households’ in Binjari and Rockhole, whose populations are around 220 and 130 respectively.

On Sunday, Gunner said: “Yes, these are strong measures, but the threat to lives is extreme.”

We came across this website on Twitter, https://australianvoice.livejournal.com/. (Twitter link.) Its latest blog, which we’re republishing below, makes a very important connection between its OUTSOURCED police force and the Strong Cities Network, funded by globalists like Soros.

In trying to understand why Australia, and Melbourne and the state of Victoria in particular, seem to be coming under the heavy, police-state hand for a very small number of COVID cases, we recently published a piece by Robert Bridge in which it was posited that, since Victoria has signed onto China’s Belt and Road Initiative – the only Australian state to have done so, somehow this police state treatment its citizens were receiving was connected to this fact. See Letters From Melbourne, a ‘Ghost Town Police State’ Under Brutal Covid Lockdown. As Bridge says, joining the BRI has put Victoria at odds with the Australian government in general, which has joined the Blue Dot Network, a western bulwark against China’s BRI in the region.

Canada’s famous constitutional lawyer, Rocco Galati, also made the important point that Australia and New Zealand do not have a Bill of Rights to protect their citizens against government abuse of power. See Trudeau & Canadian Govt Being Sued over Extreme COVID Measures [VIDEO].

Here, we add another element into the mix – the state of Victoria’s membership in the UN/globalist Strong Cities Network. Here is the page link for the SCN’s member cities. In fact, the entire STATE of Victoria is mentioned in this list of CITIES as a member. For France, for example, two clear and distinct cities are listed – Bordeaux and Paris, yet curiously, so are two MUNICIPALITIES adjacent to the city of Paris, run by socialist mayors – Montreuil and Sarcelles. Moreover, as our blogger below points out, Melbourne under premier Daniel Andrews’ leadership was host to the 2018 Global Summit of the SCN. (Andrews belongs to the Australian Labour Party – no surprises there – and has been state premier since 2014.)

Our blogger also links to the ISD, Institute for Strategic Dialogue. This page on their site makes explicit in the language that the SCN belongs to the Institute. Notice its theme of ‘violent extremism’, implying that diversity and multiculturalism are its underlying raison d’être (our emphasis):

Launched at the United Nations General Assembly in September 2015, ISD’s Strong Cities Network (SCN) is the first ever global network of mayors, policy-makers, and practitioners, united in building social cohesion and community resilience to counter violent extremism in all its forms.

The SCN comprises more than 100 member cities from every major global region, each with specific lessons, practice or challenges surrounding violent extremism. It serves as a platform for communities, CVE professionals and local political leaders to connect with their counterparts around the world to learn from one another’s experience to inform and develop their own local practice.

Our blogger also remarks on the funders and partner institutions to the ISD. On this page, we find out that indeed TWO of Victoria’s universities out of a mere total of five (3 are in the US) are partnered. Further, that Big Tech giants are partners under ‘Private Sector’. And that Chatham House, Brookings and the UK’s RUSI are listed under ‘Think Tanks’, and that Soros’ Open Society Foundation is listed under ‘Foundations’. Under ‘Governments and Intergovernmental Organisations’ is found ‘Department of Premier and Cabinet, Victoria, Australia‘.

So we’re seeing the globalists’ PARALLEL GOVERNANCE NETWORK and STRUCTURE at work, undermining the nation state as it has been doing for a very long time, on the sly. Because the Far Left never tells you to your face what they’re up to.

Kudos to Australian Voice for making these connections, which originates in the observation that the ‘police’ heavies at the Melbourne freedom day rally were in fact NOT state or federal police as evidenced by the lack of logo on their paramilitary garb (see photo below in the blog post). Here’s what Victoria state police usually look like:

We also recommend another ‘big picture’ post by Australian Voice, titled The “Covid-19 Emergency”: What Is Really Going On?

Since the state of Victoria is so very enmeshed in the globalists’ plans, is membership in the BRI an ERROR then, or is it exactly what the globalists want?

Dig a little deeper and it becomes obvious as to what’s happening in Victoria.
Daniel Andrews has also sold out Victoria to the Strong Cities Network (SCN).
https://strongcitiesnetwork.org/en/
.
What is Strong Cities Network?
The privatisation of a Police Force governed by global NGO’s. And Victoria is the only state in Australia to sign on.
.
Why do you think the Police at Melbourne’s Freedom Day Rally acted like goons, were dressed in black and didn’t have the Australian logo on their uniforms?

.
SCN is an initiative of London-based think tank ISD.
Their mission statement is to “Power Solutions to Extremism and Polarisation”
https://www.isdglobal.org/
.
But it’s the link to the Partners and Funders that gives everything away.
https://www.isdglobal.org/isdapproach/partnerships/
.
Of course George Soros is involved with his Open Society Foundation. And Big Tech is involved with Facebook, Google, Twitter and Microsoft amongst others.
.
Amongst NGO’s and Think Tanks, the dubious Brookings Institute sticks out – and I’m sure a deep dive into some of these would connect Bill & Melinda Gates and the Rockefeller Foundations everywhere.
.
What struck me really odd are the connections to Australian Universities such as Curtin and Victoria Universities and various Australian government departments – including our very own asshole, Dicktator Dan.
.
So as you find out today that the curfews in Victoria are not based on the Chief Health Officer’s advice, and rather Dicktator Dan has put this in place, remember that From Sent1nel (https://www.facebook.com/sent1n3l/posts/132412898571458)
.
Dicktator Dan even hosted the Strong Cities Global summit in 1998
https://strongcitiesnetwork.org/en/scn-regions/global-summit-2018/
.
From Sent1nel (https://www.facebook.com/sent1n3l/posts/132412898571458)
.
************ 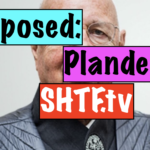 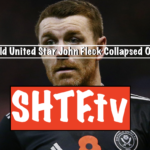