Justin Trudeau just created a caste of economic untouchables. Can we stop this dystopian policy from taking hold in America?

Last summer, I warned readers of Common Sense that financial deplatforming would be the next wave of online censorship. Big Tech companies like PayPal were already working with left-wing groups like the ADL and SPLC to define lists of individuals and groups who should be denied service. As more and more similarly minded tech companies followed suit (as happened with social media censorship), these deplorables would be deplatformed, debanked, and eventually denied access to the modern economy altogether, as punishment for their unacceptable views.

The 20 Year History of The Plandemic  and Financial Crash. How We Got Here And How To Get Out With Dr David Martin

That prediction has become reality.

What I could not have anticipated is that it would occur first in our mild-mannered neighbor to the north, with the Canadian government itself directing the reprisals. It remains to be seen whether Canada will be a bellwether for the U.S. But anyone who cares about the future of America as a place where citizens are free to protest their government needs to understand what has just occurred and work to stop it from taking root here.

For the past three weeks, thousands of truckers have gathered in Ottawa and along the Canada-America border in protest of Covid restrictions and mandates. Rather than engage with them or listen to their concerns, Canadian Prime Minister Justin Trudeau first denounced them as having “unacceptable views.” Then he demonized them as white supremacists, racists, and “swastika wavers.”

On Monday, the rhetoric turned to action when Trudeau invoked the Emergencies Act. This heretofore-unused 1988 law gives the government virtually unlimited power for 30 days to deal with a crisis. Invoking the law under the present circumstance would require the threat or use of “serious violence,” yet the vast majority of protesters have been entirely peaceful—playing “We Are the World” and waving Maple Leaf flags. Indeed, the government has made little attempt to justify the need for emergency powers beyond Trudeau’s frequent bemoaning of the truckers’ alleged “hateful rhetoric.” His public safety minister Marco Mendocino stated that such extraordinary measures were necessary due to “intimidation, harassment, and expressions of hate.” Perhaps he doesn’t realize that none of these are listed in the law as valid reasons to invoke it.

Trudeau escalated things further on Tuesday night, when he issued a new directive called the Emergency Economic Measures Order. Invoking a War on Terror law called the Proceeds of Crime and Terrorist Financing Act, the order requires financial institutions—including banks, credit unions, co-ops, loan companies, trusts, and even cryptocurrency wallets—to stop “providing any financial or related services” to anyone associated with the protests (a “designated person”). This has resulted, according to the CBC, in “frozen accounts, stranded money and canceled credit cards.”

Banks, according to this new order, have a “duty to determine” if one of their customers is a “designated person.” A “designated person” can refer to anyone who “directly or indirectly” participates in the protest, including donors who “provide property to facilitate” the protests through crowdfunding sites. In other words, a designated person can just as easily be a grandmother who donated $25 to support the truckers as one of the organizers of the convoy.

Because the donor data to the crowdfunding site GiveSendGo was hacked—and the leaked data shows that Canadians donated most of the $8 million raised—many thousands of law-abiding Canadians now face the prospect of financial retaliation and ruin merely for supporting an anti-government protest.

Already, a low-level government official in Ontario was fired after her $100 donation came to light. A gelato shop was forced to close when it received threats after its owner was revealed to have donated to the protest. On Wednesday, Justice Minister David Lametti went on Canadian television to say the quiet part aloud, namely that anyone contributing to “a pro-Trump movement” should be “worried” about their bank accounts and other financial assets being frozen.

When these protestors or those that supported them end up in financial hardship because they lose their job, business, or bank account, what will happen to those who try to help them? Will Canadian financial institutions be forced to play Six Degrees of Deplorables? The fear of being ensnared in the dragnet will surely have a chilling effect on the commercial prospects of those suspected of “unacceptable views,” creating a caste of untouchables whom no one will dare to transact with or help.

B.J. Dichter, one of the protest organizers who has had all of his bank accounts and credit cards frozen, expressed the sense of desperation: “It feels like being banished from the medieval village left to die.”

How did things get to this point? For years, ideologues have used accusations of bigotry to hound people from their jobs, kick them off social media, and rescind their right to participate in the online economy. However, many observers shrugged off these cases as outliers—fringe examples that could be ignored because they affected unsympathetic individuals. But now we have a wide-ranging group of working-class people and their supporters who are being financially deplatformed for civil disobedience.

The Canadian truckers have been so thoroughly defamed as racists and bigots by the media on both sides of the border that few are thinking about the nightmarish implications for ordinary citizens. For the most part, the CBC, CNN, MSNBC, and the major newspapers in both countries have cheered and egged Trudeau on as he descends into authoritarianism—even as various Canadian provinces rescind the vaccine mandates that originally inspired the protests.

Perhaps no one has been more enthusiastic than CNN contributor Juliette Kayyem. She took to Twitter to encourage Trudeau’s government to first “slash the tires, empty gas tanks, arrest the drivers” and later to “cancel their insurance, suspend their driver’s licenses, prohibit any future regulatory verification for truckers,” and other ideas that seemed extreme until Trudeau adopted several of them. “Trust me,” declared Kayyem, “I will not run out of ways to make this hurt.” One suspects Trudeau won’t either, even as the coming end of the pandemic renders this entire dispute irrelevant. Funny, it’s almost as if “the cruelty is the point.”

The self-conception of these pundits and politicians could not be more at odds with reality. They pose as defenders of democracy while invoking emergency powers without legislative or public debate, or without an emergency for that matter. They claim that diversity and tolerance are their highest values while insisting that only one political point of view is acceptable and censoring the alternatives. Above all, progressive elites see themselves as the champions of the disadvantaged while demonizing working-class men and women whose economic livelihoods have been devastated by their draconian Covid policies.

These elites will soon move on to the next Twitter outrage, but the people of Canada will be living with the consequences of Trudeau’s actions long after every last truck has been towed and the last of the protesters has been cleared by tear gas, stun grenades, and mounted police on horseback. Indeed, over the weekend, the Ottawa police chief told reporters that they will be pursuing protestors for weeks and months to come: “If you are involved in this protest, we will actively look to identify you and follow up with financial sanctions and criminal charges. Absolutely.”

While the emergency order only authorizes the freezing of assets for 30 days, banks and financial institutions will be wary of resuming business relationships with any “designated person”—or anyone they think could be one in the future. Confident that these private businesses will do their dirty work for them, the government will likely back off, but the chilling effect on political dissent will remain. It’s a Western version of China’s social credit system that does not altogether prohibit political dissent but makes it so costly that it becomes impractical to the ordinary citizen.

How do we stop this dystopian policy from taking root here in the United States? Some of my friends in the tech world say that decentralized blockchain and cryptocurrency offer an answer—and that might be true for pseudonymous computer programmers who can do gig work from anywhere in the world. But it won’t help truck drivers who operate in the real world under the supervision of the Royal Canadian Mounted Police.

The real answer lies in politics and the law. Policy makers need to build safeguards into our laws that protect citizens’ financial rights against some future emergency that would be used as the excuse to take them away. Just as University of Chicago professor Richard Epstein proposed that the largest social media companies should be treated as common carriers to prohibit them from restricting speech, we may need to prohibit the largest financial institutions from denying citizens access to the financial system because they dislike their politics. In order to prevent discrimination on the basis of creed, political beliefs may need to become a protected class.

We must also stop the definition creep around “terrorism,” a term whose use has become so elastic that it now even includes angry moms fighting school boards. Just this month, the Department of Homeland Security made a little-noticed change in its definition of domestic terrorism, citing “widespread online proliferation of false or misleading narratives regarding unsubstantiated widespread election fraud and COVID-19” as a key driver of what it deemed a heightened domestic terror threat environment. As we have seen for over 20 years, “terrorism” is the magic word by which any curtailment of rights and expansion of government power can be justified.

American citizens must never be labeled terrorists simply for exercising their constitutional rights to speak freely, to worship freely, or to assemble peaceably in protest. Of course, an act of violence committed in service to a radical cause is terrorism, whether committed in Baghdad or Brooklyn, but constitutionally protected speech alone is not. Contrary to the safetyism practiced by university administrators and HR departments, speech is not violence. A citizen posting on social media, even if she is questioning vaccines or railing against mask mandates, is not fomenting terrorism.

Those of us in the free world have been asked to suspend many of our freedoms for the sake of our collective health during this pandemic. But asking us to compromise our right to peaceful protest, or to have our finances seized without due process of law in the name of a fake emergency, can never be made normal. In the words of Justice Gorsuch, “Even if the Constitution has taken a holiday during this pandemic, it cannot become a sabbatical.” 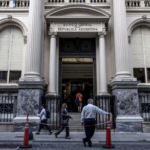 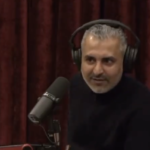