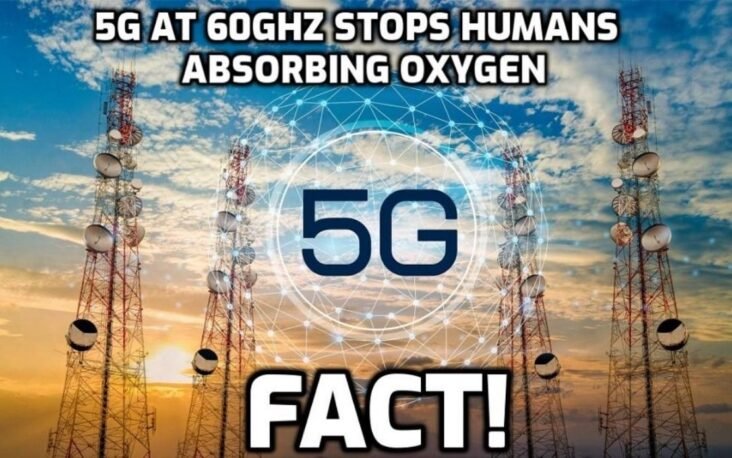 The impacts of 5G/60 GHz are not widely published. Here’s what we know from big telecom company promotional material: “60 GHz has a very distinct impact on none other than oxygen itself.” Yes, articles from companies touting benefits of 5G admit 60 GHz is absorbed by oxygen as seen by this graph.

Frequencies under 60 GHz are not impacted. Once it hits 60 GHz it spikes and becomes hugely absorbed by oxygen.

Isn’t that nice. They don’t want your first shooter video games to lag, and most of us know from mainstream releases promoting 5G that things like water and trees are going to get in the way of this frequency. So how does this even make sense unless their intentions are something besides faster speeds?

02:13 mins Knowing this frequency impacts oxygen, why mess with absorption of oxygen in the human body?

The way 60 GHz impacts oxygen is this. From the book ‘Magnetobiology’, Underlying Physical Problems, Effects of electromagnetic fields on living organisms:

Oxygen the atom is O. Oxygen the molecule is 02. Two atoms together.

These two atoms form the oxygen molecule and share some electrons. 60 GHz causes electrons surrounding oxygen molecules to spin, akin to how high-powered microwaves running on 2.4 impact molecules in food such as water. They’re heating, in part, by impacting those molecules to rotate or oscillate with each wave. The movement energy from the rotation of these super tiny water molecules helps heat the rest of the food.

In a similar way that 2.4 causes H20 to oscillate, 5G/60 GHz even at low power causes electrons on oxygen molecules to spin, changes to the spin frequencies on oxygen electrons impact human biology.

When you breathe air into your lungs it gets oxygen into your blood, brain, tissues etc. and oxygen entering your lungs gets picked up by a very important iron containing protein called hemoglobin in your blood.

The impact of oxygen molecules spinning the electrons is that it makes the hemoglobin unable to uptake the oxygen and get it to the rest of your body.

Shouldn’t the fact that 60 GHz fundamentally interacts with oxygen, the most abundant and arguably most important element to all biological life, be headline news that stops everything until we deeply test the implications?

Some symptoms people attribute to the flu are identical to symptoms of radiation sickness.

MedallionNet™ The Best Wi-Fi at Sea – A CLUE!

What about people quarantined at sea? Many of them elderly, many of them with preexisting health conditions, many of them who had the flu shot making them more susceptible to this season’s flu. Did they experience microwave sickness? https://doctormurray.com/does-the-flu-shot-increase-covid-19-risk/

Why scientists are worried about 5G

About 5G and Oxygen. We created this video to help you understand the concerns scientists have regarding 5G and to help you form your own opinion 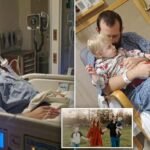