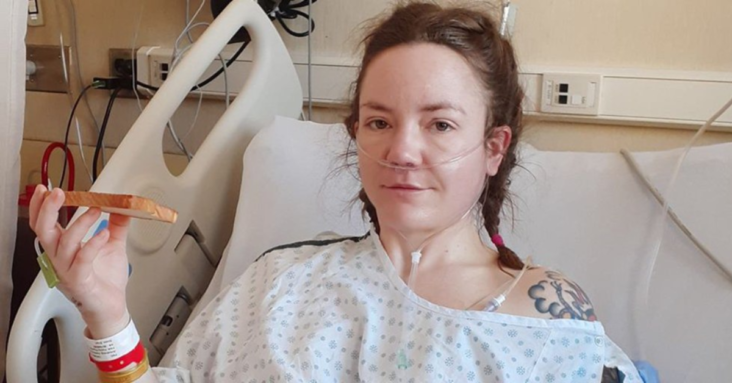 At 36, Cassidy Armstrong thought she was facing a death sentence.

After years of vague pain on her right side, scans of her body revealed a grapefruit-size mass growing on her liver, which doctors diagnosed as a rare malignant cancer. It came with a grim prognosis: She was told that even with treatment, she’d likely succumb within a few years.

But when the mass was removed last fall and a pathologist looked at it under a microscope, it turned out to be a rare parasite that likely had been growing inside her body for at least a decade. Armstrong still remembers the moment doctors told her the news.

“I wasn’t sure what to think. I asked them, ‘Is this good?’ and they said, ‘It’s much better than what we thought you had,’” she said.

Armstrong wasn’t going to die of liver cancer, but she’d have to take an anti-parasitic drug to keep the invader under control, perhaps for the rest of her life. Armstrong’s ordeal is part of a cluster of cases that’s being closely watched by infectious disease experts.

“This is a new problem in North America,” said Dr. Stan Houston, a professor of medicine at the University of Alberta. He’s treating most of the 15 patients who’ve been diagnosed with alveolar echinococcosis — a rare parasitic disease caused by the tiny tapeworm Echinococcus multilocularis — in the Canadian province since 2013, including Armstrong.

People can get it by eating tainted produce or petting a dog and not washing their hands.

There are about 18,235 cases of the disease around the world per year, with most occurring in China, the World Health Organization estimated.

In the U.S., the tapeworm that causes the disease is found primarily in a region from eastern Montana to central Ohio, as well as Alaska, according to the Centers for Disease Control and Prevention. Wild foxes and coyotes carry the parasite, but transmission to humans has been low: Rare human cases in the U.S. have been reported in Alaska and Minnesota.

Human hosts typically end up with a mass of parasite cells in the liver that behave like a cancer tumor.

“They’re just multiplying and spreading locally,” Houston said. “They can spread to other parts of the body like cancer can.”

Doctors in areas where it’s not common — like Canada and the U.S. — can easily mistake the growth for a malignant cancer.

“Nobody [here] has ever seen this before, nobody is familiar with it,” he said. “So when you see a nasty shadow on the imaging, the ultrasound or MRI, all their experience would suggest it must be cancer.”

If it’s left to grow unchecked, the disease can be fatal.

It can begin with vague pain

Armstrong started having a dull ache on the right side of her ribcage a few years ago. She went to the doctor, but blood tests and X-rays showed nothing abnormal. Since the pain would come and go, and it wasn’t intense, she stopped worrying about it.

But in the last year, Armstrong lost 25 pounds, became anemic, experienced digestive problems and had trouble sleeping. The pain in her ribs became more constant. Worried she had gallstones, she asked for an ultrasound. That’s when doctors found the giant mass on her liver.

The initial diagnosis: fibrolamellar carcinoma, a rare type of liver cancer that strikes people under 40.

“I was shocked. I wasn’t feeling well, but there was something in the back of my head that said, ‘Really?’” she recalled. “I believed them because they’re doing their best based on [the evidence].”

She was told it was better to avoid a biopsy because it could spread the cancer, so surgery was scheduled for Nov. 27, 2019. When doctors saw the extent of the growth inside her body, they removed her gallbladder, about two-thirds of her liver, a couple of nodules on her lungs and scraped her diaphragm.

It wasn’t until a couple of days later that tests revealed it was a parasite.

Armstrong had no idea how she may have picked it up, but wondered if it happened when she used to repair farm equipment. Based on the parasite’s life cycle, Houston suspected it may have been growing on her liver for 10 or 15 years.

The invader usually lives in the intestines of foxes, coyotes and dogs. When people eat food contaminated with stool from those animals — herbs, greens or berries — or they pet a dog whose fur has some feces on it, they may accidentally swallow the tapeworm’s eggs.

The best prevention is hand washing, Houston said, especially after petting a dog who roams all over the place and likes to roll on the ground. It’s also important to wash produce that comes from a garden that might be frequented by coyotes or foxes.

Doctors have known about this disease in Europe for 150 years, but in North America, “we virtually never saw human disease before,” Houston noted. Experts assume someone brought over a dog that was carrying the parasite from Europe not too long ago and the bug was “spectacularly successful” in multiplying in coyotes and rodents. Many coyotes now live in urban areas, which can bring them — and the parasites — in close contact with pet dogs and people.

“We’re almost certainly going to see some more [human] cases, but this is still a rare disease,” Houston said. “People shouldn’t be getting too freaked out about it.”

As for Armstrong, doctors can’t guarantee they removed every last cell of the parasite, so she may have to take anti-parasitic medicine indefinitely. The only drug available controls the disease, but is not potent enough to eradicate it, Houston said.

Armstrong will also need to have blood tests once a month and a CT scan every six months. She’s had a rough time recovering from the surgery and is still trying to process the medical roller coaster ride.

“I have mixed feelings about it. I’m happy — I like being alive,” Armstrong said. “Psychologically, it’s been really tough. I’m grateful and I’m happy that it’s not what they thought it was. But it’s been very hard.” 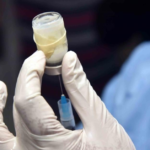 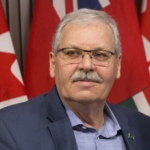