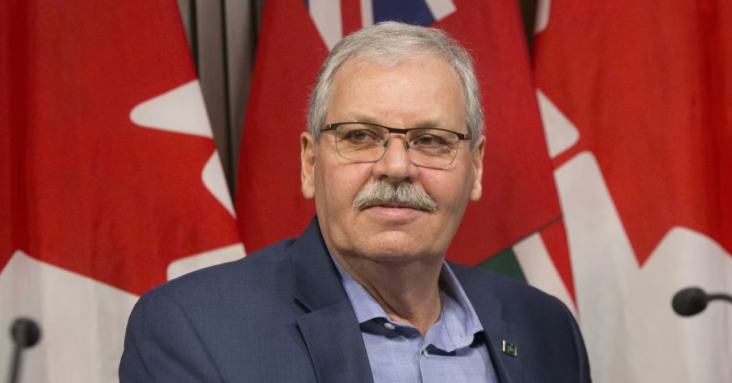 The accusations are part of a lawsuit filed by OPSEU in a Toronto court on Monday morning.

The union alleges that Mr. Thomas, who served as president of OPSEU for 15 years before retiring from the union last April, along with Eduardo Almeida, the former vice-president and treasurer of OPSEU, paid themselves “significant compensation” they were not entitled to, and transferred union-owned assets such as vehicles to themselves and family members for free.

The suit accuses both men of paying out cash from the union’s strike fund to themselves and a third union executive, Maurice Gabay, and entering into “agreements,” which ultimately enriched themselves at the union’s expense.

The civil claim was filed after an investigation and audit conducted by OPSEU’s new leadership team, headed by president JP Hornick, who was elected last spring. Part of her platform was to ensure more transparency and financial accountability at the union, which represents more than 180,000 full-time and part-time public sector workers in Ontario.

The lawsuit states that Mr. Thomas, Mr. Almeida and Mr. Gabay owe the union almost $6-million in funds that they allegedly took. The union is seeking an additional $6-million in damages.

Mr. Thomas and Mr. Almeida could not be reached for comment. Mr. Gabay did not immediately respond to a request for comment.

Members of OPSEU’s executive board first became concerned about Mr. Thomas and Mr. Almeida’s conduct when they failed to adequately disclose and account for large expenditures incurred by the union. At a December 2021 meeting, the board discussed conducting a forensic audit of the union’s finances. By this point, Mr. Thomas had announced he was going to retire from the union and would not run for re-election.

The union proceeded to hire a third-party forensic accountant to proceed with the audit. But in February 2022, according to the lawsuit, the defendants (the lawsuit did not specifically name whom), attempted to delay the audit until after the April 2022 election for new leadership.

In a statement released Monday, Ms. Hornick said the union engaged the third-party forensic accountant to get a “full picture of exactly what happened”. w

“I want to assure you that despite today’s news, our union remains strong and our finances stable. We will continue to act and work collaboratively with the appropriate authorities,” she added. The union’s investigation into its finances is still ongoing.

Mr. Thomas, a former nurse, was widely seen by the labour movement as a respected and formidable union leader, serving as OPSEU’s president for seven terms between April 2007 and April 2022.

Mr. Almeida was treasurer of the union for 11 years, and was responsible for accounting for all the union’s finances, in addition to identifying any shortcomings in compliance related to approval of expenses. Mr. Gabay was employed by OPSEU as an accountant with the union’s financial services division. In 2015, he was promoted to Administrator at the financial services division but his position was then terminated in April 2022. Mr. Gabay reported to Mr. Almeida.

Mr. Thomas, who received a salary of over $140,000, obtained a severance payment of $60,000 upon his retirement. Mr. Almeida was paid more than $130,000 annually and did not receive any severance, while Mr. Gabay received approximately $118,000 upon his termination.

The lawsuit suggests that all three men misappropriated funds throughout their respective tenures at the union.

Part of the alleged misappropriation of funds involved the way in which the defendants paid themselves for vacation days, days “in lieu” of working on weekends, and home office allowances. For example, the lawsuit accuses Mr. Thomas of paying himself almost $400,000 for “lieu days” that they claim he was not entitled to. Both Mr. Thomas and Mr. Almeida also allegedly gave themselves signing bonuses of close to $10,000 in 2017, of which the union claims was illegitimate.

“Mr. Thomas and Mr. Almeida know or ought to have known that they were not entitled to these amounts, but abused their power and authority and breached their duties to the union by causing it to make these payments to them for their own benefit,” the lawsuit states, adding that Mr. Gabay colluded with them to authorize the payments.

Another example mentioned in the lawsuit of the way in which union funds were improperly used was through the use of a union-issued credit card — Mr. Almeida allegedly incurred credit card charges amounting to more than $1.3-million, charges that the union was not able to account for.

The former union executives also allegedly stole money from the union’s strike fund, which is used to compensate workers while they go on strike. Between 2014 and 2020, the three defendants withdrew $670,000 in cash from the strike fund. None of these withdrawals were authorized by the executive board, the lawsuit claims. In some of the years that the withdrawals were made, there were no strikes or lockouts by any of OPSEU’s members or locals.

Union money was also allegedly used by Mr. Thomas and Mr. Almeida in settling agreements between the union and themselves. For example, in March 2022, an agreement was struck between OPSEU and Mr. Thomas to settle a harassment and discrimination complaint made by him against certain members of OPSEU’s executive board. Mr. Thomas was paid $500,000 and given a vehicle.

Allegations against Mr. Thomas, Mr. Almeida and Mr. Gabay come almost a year after former Unifor president Jerry Dias — another popular and well-respected labour leader — allegedly received a $25,000 bribe. Charges made against Mr. Dias by Unifor have yet to be heard, but a police investigation of potential criminal conduct against him was recently dropped. 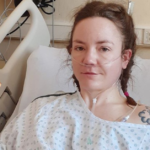 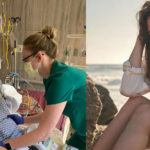