Canadian creators are at risk of having their content and visibility diminished by the passing of the Online Streaming Act, says YouTuber J.J. McCullough, who recently opposed Bill C-11 in Parliament.

On Tuesday, Bill C-11, a law that will regulate online media from services such as YouTube or Netflix passed through to the Senate, leaving and YouTubers and other content creators in Canada increasingly worried that the bill threatens the way content creators earn a living by affecting visibility and potentially limiting video views.

Referred to as the Online Streaming Act, Bill C-11intends to highlight and promote Canadian content—CanCon in the world of streaming—and would put online content under the jurisdiction of the Canadian Radio-television and Telecommunications Commission (CRTC). This would require streaming platforms to showcase Canadian content more than they currently do.

This is a worry for content creators on YouTube in particular, where its algorithm curates and recommends videos based on feedback from users based on everything from how long a video is viewed to how quickly it is skipped.

Canadian YouTuber J.J. McCullough has 782,000 subscribers to his channel. He spoke at a Parliamentary hearing earlier this month to oppose the Online Streaming Act and its introduction into Canadian law and shares his thoughts on the experience and potential impact of Bill C-11:

The hearing was revealing. I’ve never been part of a parliamentary committee before, so I put a lot of effort into trying to come up with a powerful opening statement and people responded quite favorably to it. I took the process seriously.

I had worked in television for a few years as a TV political pundit and so I had gotten comfortable being on camera. I worked for Sun News in its final years and when it shut down in 2015, I was abruptly out of a job. That was when I started my YouTube channel and I’ve been doing it for over six years now—but only professionally for the last two or so, in terms of it being my primary source of income.

It can be exhausting. You write the scripts, film the videos, edit them and add all the sound effects and graphics and all those things. But I like creative projects. It’s very rewarding to see the reactions that my content gets, especially from young people. As I get older, I feel like there’s a paternalistic side to me that’s coming out more and so I like to know that I’m helping and that’s very rewarding and very validating to me because that’s ultimately what I got into this business to do.

I’m grateful to have the chance to do this full-time, but my new career now seems at-risk now with Bill C-11; it’s crushing that so much hard work and passion could now disappear because of it.

We know from the text of the bill that the CRTC is going to be given a mandate to promote the ‘discoverability’ of Canadian content, specifically, and that websites under the CRTC jurisdiction, such as YouTube, will be obligated to comply with this discoverability mandate.

Overnight, creators are going to wake up and find the kind of content that has previously been successful in an unregulated YouTube is no longer successful in a regulated YouTube. As a result, they will either have to change the nature of content that they make in order to make it more overtly Canadian—whatever that means—or they could possibly be at a disadvantage. That could mean their viewership, and thus revenues, take a hit. That’s something that I think is quite worrying to a lot of YouTubers.

The thing that really struck me from the parliamentary hearings—and this is just a personal insight—was that when witnesses are testifying, you would think they’re the center of attention. But when you’re there in-person, almost none of the politicians seem to be listening at all. Everybody is just on their phone. It was incredibly upsetting and disrespectful.

— As told to Nicholas Seles 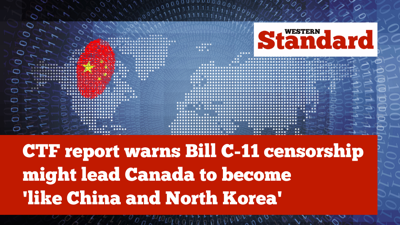 A Canadian Taxpayers Federation (CTF) report outlines the dangers of internet-regulating Bill C-11 in Canada and the lack of government accountability that would come along with it, according to a CTF press release Monday.

The new June report from the CTF, titled Bill C-11 a Fatally Flawed Gateway to Government Censorship, comes from the CTF Ontario Director Jay Goldberg with advice and input from Dr. Michael Geist of the University of Ottawa.

“Bill C-11 undermines Canadians’ right to express themselves and watch what they want online and that makes it harder to hold the government to account,” said CTF Ontario Director Jay Goldberg in a press release.

“The government is trying to ram through this dangerous legislation without proper debate or real consideration of the major accountability concerns associated with this bill.”

Bill C-11 would give controlling power over to the Canadian Radio-television and Telecommunications Commission (CRTC) to regulate information that is appropriate for Canadian audiences.

Contrary to government claims, the bill hands the CRTC power to regulate user-generated content online, ranging from TikTok videos to YouTube posts, according to the CTF.

“The government has consistently claimed that user-generated content will not be regulated under Bill C-11, but the text of the bill and the chair of the CRTC both say otherwise,” said Goldberg.

“Bill C-11 will hand unelected bureaucrats the power to influence what we say and see online, including on social media.”

Goldberg explains in the report how Bill C-11 does not include specific boundaries for the power it bestows, meaning limits on the powers are not outlined.

“No other democratic nation regulates user-generated content through broadcasting rules in this manner,” said the report.

“Canada would be unique among allies in doing so, and not in a good way. Twitter, for example, has likened parts of the government’s regulatory agenda with approaches taken in authoritarian nations like China and North Korea.”

The report says the government’s rules could lead to Canadian content being deprioritized or even blocked abroad, meaning digital creators would lose out on the global scene.

“The Trudeau government says the CRTC will only have the power to filter and prioritize what we see online based on whether the content qualifies as Canadian, but that opens a Pandora’s box,” said Goldberg.

“These powers could easily be repurposed in the future for other means, including quieting the government’s critics.” 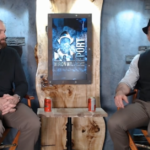 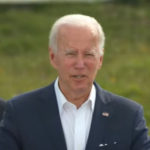