‘We Would Not Tolerate Russian Troops and Missiles’ on Our Borders

Col Doug Macgregor may not be welcomed back on Shtf News

after he offered this non-MSM sanctioned perspective on the Russia-Ukraine conflict:

“Putin is carrying through with something he’s been warning us about for the last 15 years, which is that he will not tolerate U.S. forces or their missiles on his borders, much as we would not tolerate Russian troops and missiles in Cuba…

[Easter Ukraine] has historically been Russian. The territory west of Ukraine is not and he’s happy to live with that as a neutral state… We are imputing to him things that he does not want to do in our usual effort to demonize him and his country.

We need to remember that Ukraine is 4th from the bottom of 158 countries in the world as corrupt. Russia is perhaps 4 places above them. This is not the liberal democracy, the shining example that everyone says it is. Far from it. Mr. Zelensky has jailed journalists and his political opposition.” 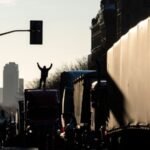 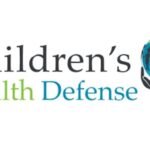