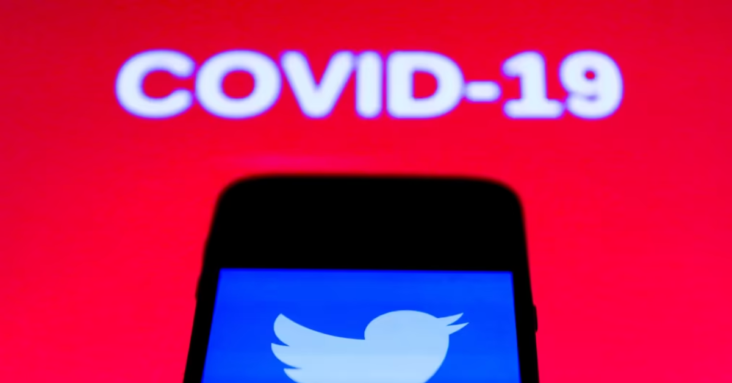 Last month, Dr. Robert Honeyman lost their sister to Covid. They wrote about it on Twitter and received dozens of condolences, over 4,000 retweets and 43,000 likes.

Exactly one month later, on Dec. 12, Honeyman wrote that another tragedy had befallen their family.

“Sad to announce that my husband has entered a coma after being in hospital with Covid. The doctor is unsure if he will come out,” they tweeted. “This year has been the toughest of my life losing my sister to this virus. This is the first time in my life I don’t see light at the end of the tunnel.”

Again, the condolences and well-wishes rolled in. But there was a problem: Honeyman wasn’t real.

The transgender “Doctor of Sociology and Feminist studies” with a “keen interest in poetry” who used they/them pronouns was, in fact, a stock photo described on DepositPhotos, a royalty-free image site, as “Smiling happy, handsome latino man outside—headshot portrait.”

Their supposedly comatose husband, Dr. Patrick C. Honeyman, was also fake. His Twitter photo had been stolen from an insurance professional in Wayne, Indiana.

The two fake doctors, whose accounts urged extreme caution about Covid-19, were part of a network of at least four fake accounts that touted their ties to the LGBTQ+ community, vocally advocated for mask-wearing and social distancing, and dished out criticism to those they felt were not taking the pandemic seriously.

The Honeymans could not be reached for comment, as they do not exist. At publication time, Robert Honeyman’s account was no longer active.

The fake doctors were uncovered by Joshua Gutterman Tranen, a self-described “gay writer” pursuing a master’s of fine arts at Bennington College. He saw Robert Honeyman’s tweet about their husband being in a coma, noticed people he followed also followed them, and thought that they might be part of the LGBTQ+ academic community.

But after 10 minutes of googling, Gutterman Tranen concluded that Robert Honeyman’s photo was a stock image and their biography stretched boundaries of believability: an academic who left no traces on academic websites and had lost two family members to Covid in late 2022, despite masking and distancing.

“I’m a self-identified leftist, and I understand that people have a lot of different identities, but it felt concocted in the lab about how many identities and horrible experiences can we put on one person,” he said.

Throughout the pandemic, Twitter has been an important, if complicated, platform. Medical experts have used it to speak directly to the public about Covid and to criticize policies that they feel don’t do enough to protect people from the disease.

But Twitter has also been a site of disinformation and provocative claims that are based in fact or scientific knowledge but lack context. As the pandemic has dragged on, governments have lifted Covid restrictions, and people have shed their masks, more of the burden of charting a path in the “new normal” has fallen on individuals. And public-facing experts like UCSF’s Bob Wachter and Monica Gandhi have become important sources of advice.

But as the iconic New Yorker cartoon states, “On the internet, nobody knows you’re a dog”—or a fake doctor, for that matter.

The Honeymans offer one of the most blatant examples of this. It is unclear who created the two doctors, but their bios and personas signpost identities meant to appeal to a certain type of Twitter denizen: liberal, pro-diversity and concerned about Covid. Or meant to provoke the opposite of that type of person.

Both doctors present themselves as members of the LGBTQ+ community. Robert displayed the trans and Ukrainian flags in their Twitter name. Patrick had a rainbow flag in his bio.

Robert wrote openly about suffering from MPX, an infectious disease that caused San Francisco to declare a state of emergency earlier this year and had largely spread among men who have sex with men. “Don’t believe what the media have been sharing. […] it’s a horrible disease that has had me bed ridden,” they tweeted in July. They also claimed to have been the victim of a transphobic attack in October.

Another account associated with the group, Dr. Gerold Fischer, displayed rainbow, trans and Ukrainian flags next to his name and described himself as “an ally for all in the #LGBQT+ Community. #WearAMask.” Fischer’s account has since been taken down.

A fourth account, Dr. Steve “Ste” Ville, who claimed an affiliation with the University of Antwerp, described himself as an “LGBTQ+ Ally” and a “Proud Mask Wearer.”

All four doctors had a few things in common. Three had created their accounts during the pandemic. Fischer’s account dated to 2019, but his earliest visible tweet was from July 2022.

The doctors also frequently interacted with one another. Fischer’s first tweets were, in fact, a retweet, a quote tweet and a response to Robert Honeyman.

Robert Honeyman claimed that Fischer, who said he was suffering from post-Covid brain fog, was “the sharpest individual” they met at university. The two “doctors” sent greetings to each other’s families.

All four accounts urged caution about Covid. They also amplified the voices of other Twitter users calling on the public to mask, vaccinate and socially distance. At times, they criticized policies that they felt undermined pandemic safety and individuals who they believed did not take Covid seriously enough.

But as Twitter users responded to Gutterman Tranen’s thread on the Honeymans, they also discovered the accounts expressing views that appeared implausible.

“Come on china! Stop protesting, I wish we had similar lockdown measures here,” Robert Honeyman wrote in a Nov. 27 tweet.

They also claimed to have been a consultant who helped to the make the character Velma a lesbian in the new Scooby-Doo movie.

The Standard was unable to establish who created the four fake doctors. But perhaps the most alarming aspect of their nonexistence online is that it is also unclear why they were created.

Gutterman Tranen wondered about the motivation behind them.

“Is this someone who is well-intentioned but perhaps has a lot of anxiety about Covid, and this is a way for them to act out those anxieties?” he asked. “Or is this something more nefarious where someone thinks creating accounts like this is a way to point at them and say: ‘Look how crazy the liberals are’?”

As he watches his initial tweet about the Honeymans go viral, Gutterman Tranen is philosophical about the situation. He believes people are responding so strongly to his discovery because we all know that these kinds of accounts exist, but we seldom delve deeply into whether the person tweeting is actually authentic.

“We’ve just accepted that disinformation is an essential part of how Twitter works,” he said.

But as Twitter users marveled over the four fake doctors, at least one “person” wasn’t having it: Ville.

“Disgusting to see the accusations being thrown my way, it’s truly incredible to see how quick ‘good’ people can switch up on you in the blink of an eye,” he tweeted on Dec. 13, “that age old saying rings true, ‘The one thing they love more than a hero is to see a hero fail, fall, die trying.’” 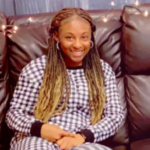