HUNTER Biden filmed himself smoking drugs and drinking hard seltzer in a float tank while on a detox – paid for after a $75k handout from his dad Joe.

Exclusive footage obtained by The Sun shows the president’s deeply troubled son taking a hit from what appears to be a crack pipe at a health spa in Newburyport, Massachusetts, in January 2019.

They were handed to The Sun by Marco Polo, an organization run by a former Trump White House staffer, which is investigating the laptop.

Experts warned that the information could have created a serious risk of blackmail against the president’s son.

Campbell Murray, a former global head of cybersecurity for smartphone brand BlackBerry, told The Sun: “If a backup is decrypted and contains compromising, unsavory or even illegal material, the implication is that as the son of a sitting president, that is a huge amount of leverage over that individual.

“If that material gets into the hands of any nation state actor, foreign intelligence service or anybody with a desire to create leverage against a political party or movement, that would be a huge card for them to play.”

In one text from early December 2018, Hunter begged his dad to send him money for the treatment, claiming he was struggling to pay his daughters’ rent, alimony, healthcare, and day-to-day bills.

The president replied around ten minutes later, saying: “Ok how do you want to do this I can pay tuition directly and their housing and give you the rest.”

Between sending and receiving texts to and from his father, Hunter was also communicating with a call girl he had been seeing.

He sent the woman a selfie of himself being intravenously injected with the powerful sedative, ketamine.

After explaining that he was receiving “ketamine infusion therapy,” she replied: “That’s good baby what does it do.”

Biden added: “Got Finnegan’s rent. Naomi in good shape,” in reference to two of Hunter’s daughters.

That evening, the president texted again to say: “Proud of you. Stick with it. Everything else will work out. Love Dad.”

Hunter promised to pay the therapy money back to his dad, but that night received a text from him saying: “I’m not concerned about paying back.”

The president had previously admitted to his son that he inherited the addiction disease from himself and his late wife, Hunter’s mom, Neilia.

In a text message sent in June 2018, he told Hunter: “You’ve always made me proud you got the disease from mommy and me but you are strong and courageous with so much more to give.”

Neilia was killed in a car crash along with Hunter’s sister, Naomi, in 1972.

Hunter and his older brother, Beau, were critically injured but survived.

In October 2018, shortly before starting the treatment, Hunter had been embroiled in a bizarre incident involving a gun.

His brother Beau’s widow, Hallie – with whom Hunter was romantically involved at the time – took Hunter’s .38 caliber revolver from his truck in Wilmington, Delaware, and threw it in a trash can behind a grocery store.

When she returned to retrieve it, Hallie found that it was gone.

Later, there were claims of an attempted cover-up of the incident by the Secret Service.

On New Year’s Day in 2019, Hunter wrote to Keith Ablow: “Really Keith right now I want you to tell me what to do? My choices aren’t working.

“I’m turning my will over to God and Keith Ablow.

“I trust you to make a plan that’s love and that’s compassionate but stern but never one that requires I feel shame and be ostracized.

“I mean that Keith make a decision for me because I know mine will not be one without an escape hatch.”

Ablow replied: “You can stay behind my office… with a sober companion and be tested (for drugs).

“We will provide the ketamine etc.

“Then, if you are still using, I will take you to a 30 day program myself.”

Hunter made it clear where the money was coming from when he texted Ablow: “By the way my dad is paying for whatever I need.”

During one text exchange, Hunter moaned to Ablow about being treated like “the boy who cried wolf” for saying his life, reputation, business and soul were on the line.

He sullenly added: “What else can you do but stare back and say no one understands what it’s like to be me.”

The flotation tank video was filmed at the now-defunct Blue Water Wellness Center that Ablow operated in Newburyport.

A pic obtained by The Sun shows Hunter and Ablow posing together while smoking cigarettes, taken around the same time as the video.

Just weeks later, it emerged that Ablow had been accused of sexually exploiting patients.

He had his medical license indefinitely suspended in May 2019 and settled three malpractice lawsuits out of court that summer.

The state of New York also suspended his license to practise medicine there.

According to an expert consulted by the Boston Globe, Ablow appeared to have gained control over one female patient from Ohio by using ketamine together with talk therapy.

In February 2020, his offices in Newburyport were raided by the DEA over allegations of illegally diverting prescription drugs but the raid did not result in charges.

Ablow told The Sun: “I have worked with people confronting demons of every kind and the work is rarely simple or predictable and I still cherish doing it.

“I have made it a practice to not speak publicly about anyone who the media says has been my client, some of whom have included people at least as well known as Mr Biden.

“It has been stunning to me the extent to which purported medically-related material is thought to be fair game for the public record.

“I never would’ve assumed that folks who like me have made careers in the media would think of it as appropriate.”

Asked about his own fall from grace, Ablow defended himself, saying: “I’ve treated members of presidential cabinets. I’ve treated serial killers. I’ve taken the toughest cases from around the world.

“I would be the last person to be surprised at not emerging unscathed.”

The Sun has reached out to a representative for Hunter Biden and the White House for comment. 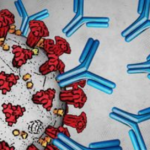 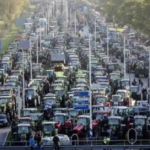