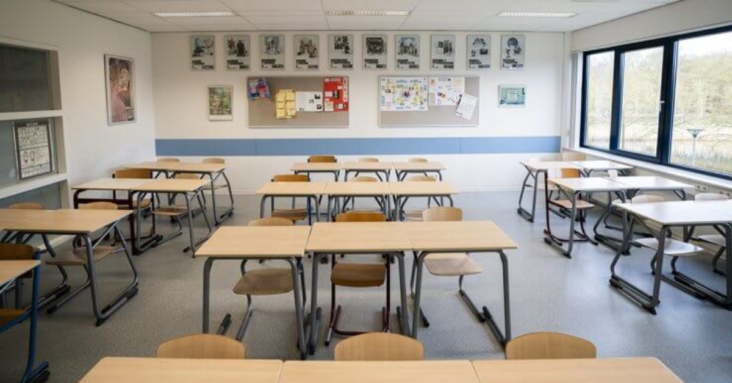 Seven Books That Show NYC is Pushing Transgenderism, LGBTQ+ Curriculum to Kids As Young As Kindergarten

Fox News broke a news story on Monday regarding how the New York City School District, the largest in the country, has a series of books in its Mosaic Independent Reading Collection that “focuses on teaching children as young as first grade and Kindergarten about LGBTQ+ and other left-wing issues.”

The reading list was created by the NYC Department of Education Library services, according to the TeachingBooks website.

Cryptically, the reading list page can only be accessed internally, through the DOE’s official login for students and teachers.

Vito LaBella, a parent leader in Brooklyn, told Fox News Digital that he frequently receives calls from concerned parents, worried about the transgender and critical race theory curricula being taught to their young children.

Tellingly, Fox News Digital reports the DOE did not return the news agency’s calls requesting information about the educational materials.

Many are alarmed by the aggressive moves Democrat leaders have taken to keep decisions regarding education out of the hands of parents. From secret clubs in school, secret transgender changing closets, to DOJ attacks on parents opposed to the introduction of CRT material in schools, the Biden administration seems to be attempting to create an atmosphere of fear and intimidation,

LaBella, who has decided to run for the New York State Senate with a top issue of restoring parents’ rights, said, “They are terrified to speak up.”

In a move some cite as a waste of taxpayer dollars, in July 2021 School Officials announced the Mosaic curriculum $200 million update initiative. The stated goals were to diversify the curriculum and standardize English and math instruction.

At the time, Mayor Bill de Blasio said: “[Mosaic] will simplify and clarify the work of our educators and better represent our kids.”

“I am not a Girl” is a book recommended to first graders. The book notes the journey of a transgender child — a biological girl who longs to be seen as a boy.

In one particularly ridiculous scene, the young child is outside in the snow — cold and wet. When asked to put on her jacket, which is pink, the girl declares: “I’d rather be cold and wet than not be me.”

Another book recommended for first graders is titled “Love is Love.” The book seeks to praise and normalize the gay lifestyle, stating:

“I know lots of gay people. My teacher Mrs. Adams is gay. Police Chief Carter is gay[,] … Mayor Sanchez is gay. There are even lots of famous gay people. Singers and scientists and artists and athletes. My friend thinks we might have a gay president someday.”

Second graders are encouraged to read “When Aidan Became a Brother.” This book profiles a young boy “coming out as transgender.” Here is an excerpt:

“When Aidan was born, everyone thought he was a girl. His parents gave him a pretty name … But as Aidan got bigger, he hated the sound of his name … He was really another kind of boy.”

In this book, Aidan’s mother admits she made a mistake misgendering her son, saying, “When you were born, we didn’t know you were going to be our son. We made some mistakes, but you helped us fix them.”

“Julian Is a Mermaid” is recommended for Kindergarten students. Written by Jessica Love, the book profiles a young boy who desires to become a mermaid. In the story, the boy often strips down to his underwear and, with parental assistance, puts on lipstick and a headdress, wears costume jewelry, and is taken to the NYC Mermaid Parade “where he can freely express himself.”

A review of the book reads: “This beautiful book is one of the very few picture books about a gender non-conforming child.”

One book recommended for Kindergarteners is titled “Our Skin: A First Conversation about Race.” In this book, the author attempts to explain why “discussions with young children about race are essential to fight against bias and stereotypes.”

The author notes: “Young children notice … skin color, race, and even injustice and racism … [W]hen we don’t talk about [these things], children often come to their own conclusions, which can include bias and stereotypes because of the world we live in.”

The book includes many leading statements to its targeted five-year-old readers:

“A long time ago … a group of white people made up an idea called race,” claims the author. “Racism … [is] all around us, even when we don’t notice it.”

“We Are Water Protectors” is an environmental justice book recommended for 5-10-year-olds. Written by Carole Lindstrom, the review notes the book was “created in response to the protests against the construction of the 1,172-mile-long underground oil pipeline.”

The First Nation environmental activist book grumbles against the approval of an oil “pipeline across the Missouri River, just north of the Native American Standing Rock Sioux Reservation.”

“My people speak of a black snake that will destroy the land, spoil the water, poison plants and animals, wreck everything in its path,” the author writes. “Now the black snake is here, its venom burns the land.”

“Pride: The Story of Harvey Milk and the Rainbow Flag” is a recommendation for second graders.

The book lauds gay rights activist Harvey Milk — his fight for equal rights, his service in government, and his assassination.

“He dreamed that one day, people would be able to live and love as they pleased,” the book said. “He became the first openly gay people to be elected to political office in the United States.”

The book does not mention the multiple charges of sexual abuse of minors associated with Milk. 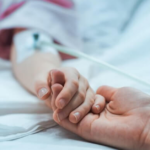 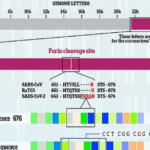