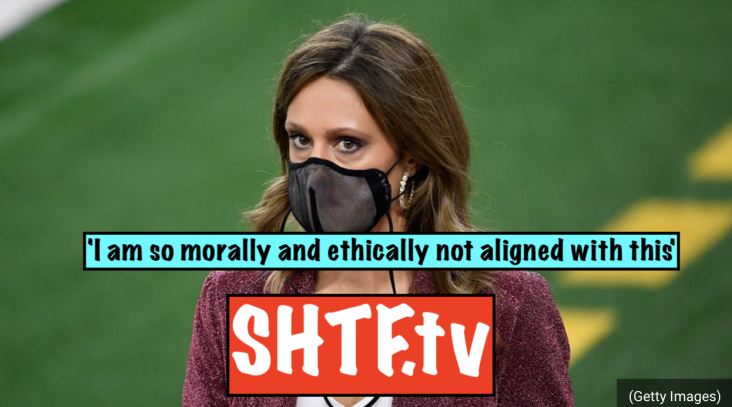 'I am so morally and ethically not aligned with this'

ESPN college football and basketball reporter Allison Williams is leaving the network over parent company Disney’s COVID-19 vaccine mandate, she announced Saturday.
Williams, who joined ESPN in 2011, has been vocal about her decision not to get the vaccine. She announced via Twitter on Sept. 9 that she would not be on college football sidelines in 2021 considering ESPN mandated that live-event staffers must get the vaccine. She said she made the decision as she and her husband try to conceive a second child.

MORE: Why is Sage Steele off air at ESPN? ‘SportsCenter’ anchor’s controversial statements led to decision
Williams was able to remain employed by ESPN under its vaccine mandate as long as she wasn’t covering games live. But Disney’s companywide mandate will go into effect Oct. 22. Williams said Disney denied her request for accommodation to not get the vaccine, resulting in her decision to leave the company “effective next week.”
Below is Williams’ explanation of her decision, which she posted on Instagram: https://www.bitchute.com/video/Dkgyomt0G9fS/

Williams said her decision to avoid the vaccine and leave ESPN ultimately had to do with her attempt at trying for another child. That said, she also claimed not to support Disney’s mandate.

“Belief is a word I’ve been thinking about a lot lately, because in addition to the medical apprehensions regarding my desire to have another child in regards to receiving this injection, I am also so morally and ethically not aligned with this,” Williams said in her post. “And I’ve had to really dig deep and analyze my values and my morals, and ultimately I need to put them first. And the irony in all this is that a lot of these same values and morals that I hold dear are what made me a really good employee, what helped with the success that I’m able to have in my career.”

Williams also acknowledged that the most recent game she worked — the College Football Playoff championship between Alabama and Ohio State — might be her last. President Joe Biden has mandated a federal vaccine policy for all companies with 100 or more employees, which would include most broadcast companies.

“I don’t know what the future holds, obviously, for any of us. I’m trying to wrap my head around the thought that the largest game I’ve worked in my career, the national championship game, might be the last game I work,” Williams said. “But I’m going to focus on what I have to be thankful for. I’m going to hold on to my faith. I’m going to pray that things get better, and that I can see you on the television set in some capacity, in some stadium, covering some game soon. Until then, God bless, and I’m going to go hug my baby.”

Williams is not the first ESPN employee to oppose the COVID-19 mandate. Sage Steele, who hosts the noon edition of “SportsCenter” on ESPN, called the vaccine mandate “sick” and “scary” on Jay Cutler’s podcast, but eventually got the vaccine. She was temporarily removed from the air at ESPN because she reportedly tested positive for the virus and also because of controversial statements she made while off-platform. 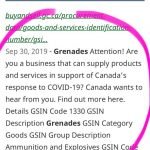 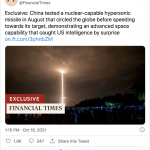 Home » sports » Allison Williams leaving ESPN over vaccine mandate: ‘I am so morally and ethically not aligned with this’