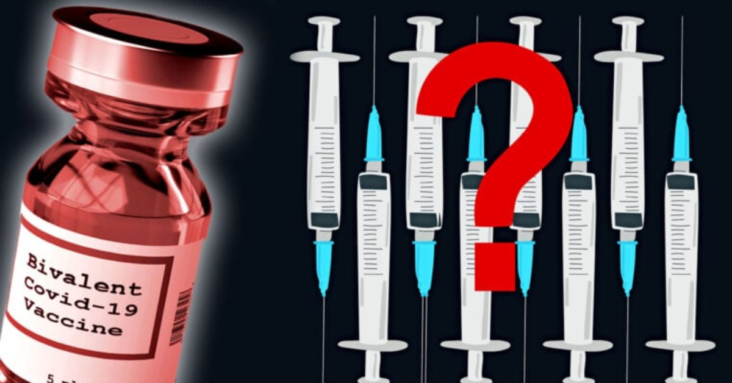 Pfizer last week announced what some media outlets called “good news” about its COVID-19 bivalent booster, for which the U.S. Food and Drug Administration (FDA) in August granted Emergency Use Authorization on the basis of testing conducted on eight mice.

In a press release, Pfizer summarized the updated data from its phase 2/3 clinical trial on the Pfizer-BioNTech Omicron BA.4/BA.5-adapted bivalent COVID-19 vaccine:

This increase was seen only in people over age 55.

Although the new booster produced a more modest increase (9.5 fold) in antibodies in the younger age group (18-55), Pfizer chose not to report what the response was in the age-matched group who received the original booster.

Did the bivalent booster offer any advantage in people younger than 55? Pfizer’s press release sidesteps this important question by focusing only on the results in the 55 or older cohort.

“These data demonstrate that our BA.4/BA.5-adapted bivalent vaccine works as conceptually planned in providing stronger protection against the Omicron BA.4 and BA.5 sublineages.”

By “these data” Sahin is referring only to those 55 or older as no comparative results were given in the 18-55 group. But how does he know that this rise in antibody levels will provide “stronger protection against the Omicron BA.4 and BA.5 sublineages?”

Were there any clinical outcome differences in terms of COVID-19 infections? None were recorded. Neither were any recorded in the preliminary data from the same study reported in a previous Pfizer press release.

This was likely why Sahin cautiously stated at that time:

“These preliminary findings are consistent with our preclinical data showing a substantial increase in the neutralizing antibody response against the Omicron sublineages BA.4 and BA.5.”

At what point does an “increase in the neutralizing antibody response” confer “stronger protection?”

Sahin doesn’t know — and neither does the FDA, which insisted that despite this uncertainty, the agency had enough grounds to cajole/compel/coerce those who acquired SARS-CoV-2 antibodies from a previous bout with COVID-19 to get jabbed anyway.

Questions about the two groups

The 36 people over age 55 who received the new bivalent formulation used in this comparison were taken from a larger pool of participants. They were “evenly stratified between those who had evidence of prior SARS-CoV-2 infection and those who did not.”

Furthermore, Pfizer informed us that the “control” group — those people who received the original booster formulation — were also a subgroup of participants but were taken from a different study “while ensuring the same equal stratification.” This group is thus called a “comparator group” and is not a true control group.

How did Pfizer decide which participants to use from the two separate studies?

Pfizer assured us the trial participants they used in the comparative group were “randomly selected.” However, we are not told how Pfizer selected those in the bivalent booster cohort.

Did they choose participants who had particularly high antibody responses? Were those in the comparative group actually chosen randomly — or were they chosen because of their particularly low responses?

In fairness, we are dissecting a press release and not any published research. However, given the company’s poor track record on transparency and integrity, these questions are not entirely unfounded.

In any case, there would be little incentive for Pfizer to cherry-pick participant data to showcase the benefit of its new bivalent booster. The Centers for Disease Control and Prevention (CDC) has already granted Pfizer Emergency Use Authorization for the bivalent booster.

However, Pfizer admitted that there was a difference between the two groups. The interval between the booster and the trial participant’s last exposure to a vaccine was significantly longer in those who received the bivalent booster (10-11 vs. 7 months). Could this difference affect the antibody responses in the two groups?

Pfizer shrugs this off, explaining that “Despite this difference, pre-booster antibody titers were similar for both.”

But pre-booster antibody titers were not the metric of interest — it was the difference in antibody titers before and after that Pfizer was seeking to compare. At least one study indicates that a longer interval between vaccine exposure results in a greater antibody response.

Furthermore, Pfizer’s results indicate that the antibody response was lower in those who had a previous bout of COVID-19, or as they put it, “greater in those without prior infection.”

As early as February 2022, the CDC reported that 57.7% of the U.S. population had been exposed to SARS-CoV-2 through seroprevalence studies. Not only is this most recently available data nine months old, but the CDC also admitted that this was an underestimate because breakthrough infections result in lower anti-N titers (vaccinated people who succumb to COVID-19 generate lower levels of anti-nucleocapsid antibodies than those who are unvaccinated).

In other words, unless you are in the minority and have not had COVID-19, you can look forward to a lower antibody response from the bivalent booster.

“The safety profile remains favorable for the bivalent vaccine and consistent with the original vaccine,” according to Pfizer.

And Pfizer knows this because three dozen bivalent booster recipients didn’t suffer any serious adverse events after one month of observation.

Apparently, Pfizer continues to believe that its original COVID-19 vaccine has a favorable safety profile — despite the more than 31,000 reports of deaths submitted to the Vaccine Adverse Event Reporting System, or VAERS (most occurring in the first seven days after inoculation), the 7.8% of vaccinated people who reported to V-safe that they sought medical attention after a COVID-19 vaccine and the nearly 80,000 serious adverse events and 1,223 deaths reported within three months of the vaccine’s roll-out, according to Pfizer’s own post-marketing analysis.

Ongoing studies will not determine any benefit

Despite reporting only inconsequential data in three dozen people over the age of 55, Pfizer announced in the same press release:

“A booster dose of the BA.4/BA.5-adapted bivalent vaccine has been authorized for emergency use by the FDA for ages 5 years and older and has also been granted marketing authorization in the EU by the European Commission following a positive opinion from the EMA for ages 12 years and older. An application for marketing authorization of the BA.4/BA.5 booster has been submitted to the EMA for children ages 5 through 11.”

“[Pfizer and BioNTech] also initiated a Phase 1/2/3 trial in September 2022, to evaluate the safety, tolerability and immunogenicity of different doses and dosing regimens of the companies’ Omicron BA.4/BA.5-adapted bivalent vaccine among children 6 months through 11 years of age.”

Yes. It is important for parents to know what dose their child can tolerate.

However, conspicuously missing in the design of this ongoing pediatric trial is the determination of efficacy — how good the product is in protecting children from contracting COVID-19 or from negative COVID-19 outcomes (death, hospitalization, ER visits, etc.). Isn’t that the point of a “vaccine” trial?

Apparently not — at least not according to the study description:

“The purpose of this clinical trial is to learn about the safety, extent of the side effects, and immune responses of the study vaccine (called bivalent BNT162b2 Omicron containing vaccine) in healthy children.”

Although having an estimated enrollment of 2,270 children, this ongoing trial will not answer the primary question parents will ask: Will this therapy benefit my kid?

Rather it will only allow Pfizer and BioNTech to determine how powerful their experimental mRNA product is in provoking infants and children to generate Omicron-specific antibodies.

Why are Pfizer and BioNTech not interested in proving their product does anything meaningful? Could it be because they realize this would be an impossible task?

Using data from nine months ago, the CDC reported that at least 75% of children in this age group had already acquired natural immunity to this disease. It is highly improbable that this study could demonstrate any differences in COVID-19 infection rates or outcomes, even with more than 2,000 children enrolled.

The views and opinions expressed in this article are those of the authors and do not necessarily reflect the views of Children’s Health Defense. 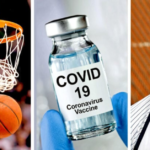 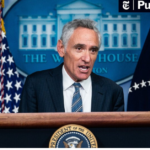