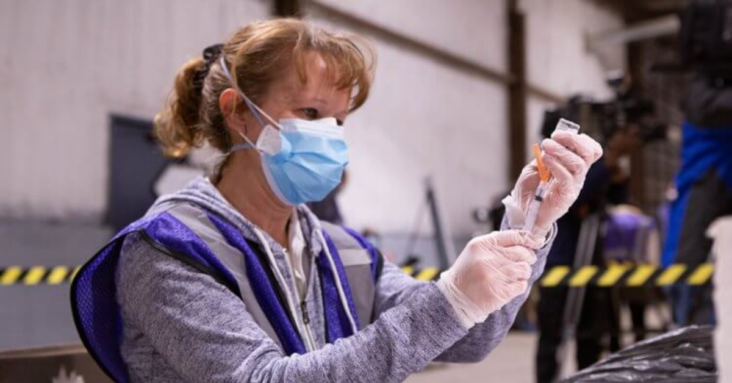 A new study discovered that changes in menstrual cycles of women who received the COVID-19 vaccines are far more prevalent than previously acknowledged. The study found that 56% of women experienced changes in their menstrual cycle after being double-vaccinated against COVID.

Over 39,000 adults around the world, ages 18 to 80, who received two doses of the COVID vaccine participated in the study. The participants were vaccinated with Pfizer, Moderna, AstraZeneca, Johnson & Johnson, and Novavax vaccines.

An alarming 42% of study participants said they experienced heavier bleeding during their menstrual cycle after receiving the COVID vaccine.

There were 14% of participants who experienced unusually lighter menstrual cycles, and 44% who reported no change.

Australia’s Nine News reported, “The researchers highlighted that many study participants observed the changes to their menstrual cycles more than a week after vaccination, which is beyond the period when adverse symptom reporting is closely monitored during trials for vaccine reactions.”

Science.org – a peer-reviewed academic journal – added, “In the survey results published today, 66% of 673 postmenopausal people reported breakthrough bleeding, as did 39% of the 280 people on gender-affirming hormones.”

However, there was a different message about vaccines affecting menstrual cycles earlier in the pandemic.

“So far, there’s no data linking the vaccines to changes in menstruation,” Alice Lu-Culligan and Dr. Randi Hutter Epstein at Yale School of Medicine wrote in the New York Times in April 2021. “Even if there is a connection, one unusual period is no cause for alarm.”