Largest Caravan Of People Coming From South and Central America.

An estimated 5,000-7,000 Central American migrants have stormed past the Guatemalan-Mexican border and are marching toward the United States, according to the latest reports on the ground from Mexico.

The caravan has now swelled to many thousands, bringing into question the funding and motivation of the diversegroup of migrants walking, driving and traveling by railcar to the US border.

(RELATED:Train Of Central American Migrants Swells In Number Despite Warnings From Trump)

President Trump has threatened to cut off funding for Guatemala, Honduras and El Salvador for letting the caravan pass through their countries.”Guatemala, Honduras and El Salvador were not able to do the job of stopping people from leaving their country and coming illegally to the U.S.” Trump said, “We will now begin cutting off, or substantially reducing, the massive foreign aid routinely given to them.”

The U.S. sends over $500 million to the three countries each year in aide 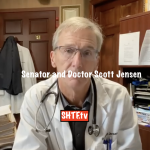