Jamal Edwards dies from mysterious illness, could it be another young person dead from quackcinnations?

Jamal Edwards died from a “sudden heart attack” at the home he lived with his mum, his heartbroken friends say.

The music entrepreneur, 31, passed away on Sunday morning at his home in Acton, West London, after a DJ set at a bar the night before.

One friend who went to Acton Hight School with the star claims his family are “still trying to come to terms with it”.

The friend – who revealed only his first name, as Dwayne – told the Mail: “The details are still not clear but we’ve been told that it was a heart attack.

“He was out DJing on Saturday night and eventually got home in the early hours of Sunday morning.

YOUNG BOYS ARE DYING AFTER THE QUACKCINES

“The family are still trying to come to terms with it all, but we’ve heard that his mum found him in his bedroom and called an ambulance.”

Jerry also said to the news outlet: “Jamal is a legend in this part of West London, and this has hit us all really hard.

“For him to go so suddenly in the prime of his life, when he was doing so much is truly shocking.”

The music entrepreneur gained fame after setting up the new music platform in 2006, and was credited with helping to launch a string of UK music acts to stardom, including Ed Sheeran, Dave and Jessie J.

Edwards was a teenager when he launched the youth broadcasting and production film channel SBTV to upload clips he had recorded of his friends performing on the estate where he lived in Acton.

By 2014, he had amassed an estimated fortune of about £8million and worked with the likes of Jessie J, Emeli Sande and Sheeran.

He was also an ambassador for the Prince’s Trust, a charity headed by the Prince of Wales, and in 2014 he was awarded an MBE for his services to music. 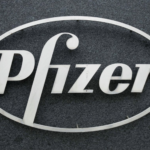