The company, which has been working with Tokyo’s Kitasato University on testing the drug as a potential treatment for COVID-19, did not provide further details. The original Reuters story misstated that ivermectin was “effective” against Omicron in Phase III clinical trials, which are conducted in humans.

Clinical trials are ongoing, but promotion of ivermectin as a COVID-19 treatment has generated controversy.

Prominent vaccine sceptic Joe Rogan, whose podcast on Spotify has prompted protests by singers Joni Mitchell and Neil Young, has long stirred controversy with his views on the pandemic, government mandates and COVID-19 vaccines.

Rogan has questioned the need for vaccines and said he used ivermectin.

The drug is not approved for treatment of COVID-19 in Japan, and the U.S. Food & Drug Administration, the World Health Organization, the EU drug regulator and Merck (MRK.N), which makes the drug, have warned against its use because of a lack of scientific evidence that it has therapeutic effect. read more

In guidance on its website dated September 2021, the FDA noted growing interest in the drug for preventing or treating COVID-19 in humans but said it had received multiple reports of patients who had required medical attention, including hospitalisation, after self-medicating with it.

The use of ivermectin to treat COVID-19 is currently being investigated in a UK trial run by the University of Oxford. The researchers said on Monday that it was still under way and they did not want to comment further until they have results to report. read more 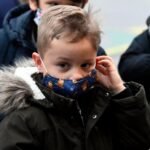 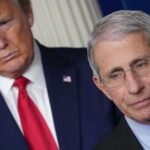