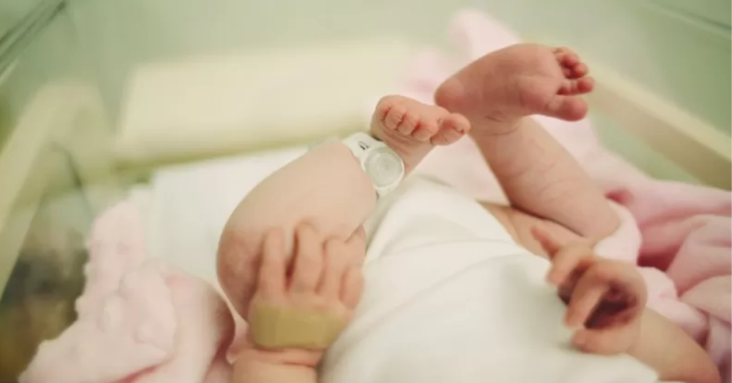 Fresh probe into spike in newborn baby deaths in Scotland

An investigation is under way after a spike in the number of newborn baby deaths in Scotland was recorded for the second time in six months.

Infant death rates vary widely from month to month, but the increase is larger than expected from chance alone.

A preliminary investigation later found the spike was not linked to Covid.

The spikes in September and March are the first to be detected since monitoring of this nature began in July 2017.

The average mortality rate among newborns is just over two per 1,000 births.

While all child deaths are investigated, The Herald newspaper reported that this wider inquiry was triggered when the mortality rate passed an “upper control” threshold of 4.4 per 1,000 births.

It is designed to pick up abnormal trends in infant deaths.

Dr Sarah Stock, an expert in maternal and foetal medicine at the University of Edinburgh told the paper: “I think the numbers are really troubling, and I don’t think we know the reasons why yet.

“What we do know it’s not neonatal Covid – the rates of Covid-19 infection in babies are very low and deaths from Covid are thankfully very, very small so this isn’t Covid affecting babies.”

Dr Stock, who has co-led the Covid-19 in Pregnancy Scotland (COPS) study, said it was known the virus can affect pregnant woman and cause complications, like early birth, so further investigation was needed.

She stressed the Covid vaccine, which studies have consistently shown to be safe in pregnancy, was not a factor.

But she said the wider impacts of the pandemic on the NHS, include on staffing, need to be considered.

Steve Turner, a consultant paediatrician at the Royal Aberdeen Children’s Hospital, said deaths within the first four weeks in Scotland and the UK were “relatively uncommon”.

He believes the increase would not have been caused by Covid as he has seen dozens of children with the virus who have all been well.

Mr Turner also told BBC Scotland it was “highly unlikely” that pandemic-related pressures on the NHS were responsible.

He said parents know to call NHS24 if they are worried about their baby and to attend A&E if they don’t get a ring back.

He added: “I don’t think Covid is directly or indirectly likely to be linked or related to this spike.”

Figures for the number of stillborn babies also increased in March but not beyond the upper warning or control limit.

Deaths of newborn babies have fallen steadily in recent decades with the mortality rate per 1,000 births dropping from double figures in the 1970s to 2.1 in 2020.

A Scottish government spokeswoman said: “Every death is a tragedy, and our thoughts are with each of these families.

“We are working with PHS, the Scottish National Neonatal Network and the Maternity and Children Quality Improvement Collaborative to understand any possible contributing factors to ensure we continue to improve the care of the smallest and sickest babies in Scotland.”

The spokeswoman added individual reviews of each death are undertaken as part of the Maternity and Neonatal (Perinatal) Adverse Event Review Process for Scotland.

It aims to standardise and improve approaches to the review of adverse events in maternity and neonatal settings. 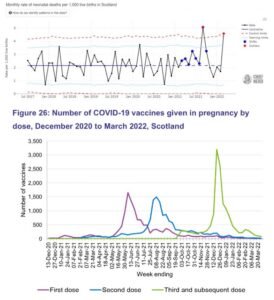 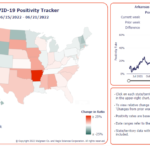 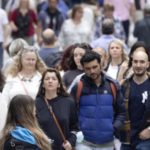