Take a breath. Release the tension in your body. Place attention on your physical heart. Breathe slowly into the area for 60 seconds, focusing on feeling a sense of ease. Click here to learn why we suggest this.

When you’re funded by Facebook and a Chinese company cited for national security concerns, is it any surprise you can’t get your facts straight?

What a miserable, embarrassing, and endless joke the fact-checking industry has become. The sad catalogue of screw-ups—from labeling the Hunter Biden laptop story “Russian disinformation,” to denigrating natural immunity, to banning reporters accurately reporting on vaccines, to undermining evidence the pandemic might have started in a Wuhan lab—stretches longer than any single epic, more words than Gilgamesh, Odyssey, Iliad, and the Mahabharata combined.

The latest chapter of documented fuck-ups for Big Fact Check involves two posts this month by Facebook’s LeadStories: one looking at a vaccine study, the second at a Facebook post on the pesticide atrazine.

Love reading The Pulse? If you’re a regular reader of our work and love what we do, consider becoming a paid subscribing member and help us expand our work. You can support for as little as $5 a month and enjoy multiple member benefits. Click Here to Learn More.

In the first incident, LeadStories wrongly condemned researchers for using data that they didn’t actually use. This is classic strategy for fact checkers: attack a claim that was never made, then claim victory for yourself.

In the second case, LeadStories debunked an obscure nutty website for stating that the pesticide atrazine “feminized men.” In an interview with The DisInformation Chronicle, Dr. Leonardo Trasande, director of the division of environmental pediatrics at the NYU School of Medicine, said LeadStories’ fact checker on atrazine dismissed a body of peer-reviewed research to draw silly, uninformed conclusions.

“It’s clearly not a science informed reporter,” Trasande said. “A good science reporter would have contextualized the evidence.”

Earlier this month, Facebook’s LeadStories focused their awe inspiring fact-checking rigor on a preprint that looked at serious adverse events in the Pfizer and Moderna COVID-19 vaccines. LeadStories already has a tattered history of providing public relations for biomedical companies, so no surprise that they tried to swat down a preprint highlighting vaccine side effects.

But in their unbridled glee to stamp out an analysis of vaccine dangers they botched the job, accusing the researchers of basing their study on a database called VAERS that the researchers never actually used.

As I previously explained in an interview with Matt Taibbi, this is how LeadStories works: they attack and debunk straw men and then swaddle themselves in fact-check glory:

They pick some proposition out of the blue and then they debunk it, and it’s like, “Aha, win!” Bullshit. It’s like, “Did the BMJ prove that the vaccine kills Martians? No! Fact check: wrong.” And you’re thinking, “Wait, what?”

The data on adverse events comes from the Vaccine Adverse Event Reporting System (VAERS). It is co-managed by the FDA and the Centers for Disease Control and Prevention as a crude early warning system and not as a database for the quantification of specific outcomes.

From the study, here’s the clinical trial data the researchers actually used:

[T]o preserve randomization, we used the interim datasets that were the basis for emergency authorization in December 2020, approximately 4 months after trials commenced. The definition of a serious adverse event (SAE) was provided in each trial’s study protocol and included in the supplemental material of the trial’s publication.

In addition to journal publications, we searched the websites of the FDA (for advisory committee meeting materials) and Health Canada (for sections of the dossier submitted by sponsors to the regulator). For the FDA website, we considered presentations by both the FDA and the sponsors. Within each of these sources, we searched for SAE results tables that presented information by specific SAE type; we chose the most recent SAE table corresponding to the FDA’s requirement for a safety median follow-up time of at least 2 months after dose 2.

I’m not joking. This is what LeadStories did. And then they called their misinformation a “fact check.”

As if this wasn’t bad enough, Ed Payne with LeadStories, then contacted the university of the preprint’s lead author to harass them about the findings. Payne’s questions are just bizarre and imply that his amazing fact checking skills have found something that requires comment:

· Does the University of Maryland School of Medicien [sic] agree with the findings of this study about Serious Adverse Events of Special Interest?
· Are there any special concerns with the mRNA vaccines?
· Is there anything with the study that your experts find troubling?

In the second example, LeadStories beat up a Facebook post by an obscure, nutty website called “Ammas Healing Services” that sells pills and elixirs for sexual health, supreme cell cleansing, and COVID-19 banishing. This game of scanning the internet to find silly quotes proving that the advocates for a position are deranged, unscientific nutters has a name: nutpicking.

And nutpicking is a game where fact checkers like LeadStories excel.

In their fact check of a Facebook post by Ammas Healing Services, LeadStories announced a big win by dinging the nutty website for falsely claiming that 80 million tons of atrazine are spread on crops each year, while it’s actually 80 million pounds. With this trophy in hand, LeadStories then did a math victory lap:

Of course, Leadstories didn’t bother to give any context to this huge amount of atrazine that drowns American fields every year—how atrazine is the second most widely used pesticide in the country, and that the European Union banned atrazine for contaminating groundwater.

But after catching this error in the precise unit—pounds, not tons!—it’s all downhill for LeadStories as they started denying the dangers of atrazine to humans.

When I called up Dr. Leonardo Trasande to discuss, he said that LeadStories nitpicked over the amount of atrazine sprayed on fields, emphasized its effects on amphibians, and then dismissed scientific evidence with humans that merits follow up and concern.

“Looking just at the effects on animals and then debunking is pretty boring,” Trasande said, critiquing LeadStories. “There is a broader scientific literature here that chemicals mess with sexual hormones and sexual organs, and alter brain development. The basics of gender mismatch or gender dysphoria is that you can disrupt brain development so that it goes in a different trajectory than the sexual organs. This is very plausible.”

Facebook added LeadStories as a new fact-checking partner in February 2019, and the site’s main funders for 2021 were Facebook and ByteDance, the Chinese company that owns TikTok. The Biden administration is considering new rules that would ban Tik Tok and other Chinese apps over national security concerns, and California’s Attorney General announced this March that he is investigating TikTok for the physical and mental health harms associated with young users.

Last month, an FCC Commissioner called on Google and Apple to ban Tik Tok over concerns that millions of American users could have their privacy invaded by the Chinese Communist Party. 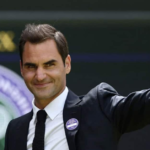