Exclusive ‘We Need to Be Allowed to Ask Questions,’ Says Canadian Prof Suspended for Questioning COVID Shots for Kids

A Canadian university professor suspended for comments he made during a December 2021 conference about COVID-19 vaccines in an interview this week with The Defender called for “openness, critical thinking and to stop believing what we are being told is the truth.”

“We need to be allowed to question again,” said Patrick Provost, Ph.D., an infectious and immune diseases researcher who learned June 13 that Laval University in Quebec City was suspending him for eight weeks without pay.

Laval University also suspended Nicolas Derome, Ph.D., a professor in the university’s biology department, for concerns he raised in November 2021 about Quebec’s campaign to vaccinate 5— to 11-year-olds.

In his interview with The Defender, Provost also discussed an article he wrote questioning COVID-19 policies, published June 22 on the Québecor media platform, then retracted a day later.

For the article, Provost used Quebec’s publicly available data to raise questions about the province’s management of the pandemic. The province of Quebec is home to about 8.5 million people, the second-most populous province in Canada.

“I was so happy when I found out my article was going to be published,” Provost told The Defender, “I really thought it would be a game-changer in the public debate about COVID-19 [in Quebec]. That finally, based on official public data, we could start to discuss the situation.”

However, by the next day, June 23, Québecor had removed Provost’s article from all of its websites.

Sébastien Ménard, publisher and editor-in-chief of the Journal de Québec, one of Québecor’s publications, tweeted (in French):

“Although we encourage debating ideas, we have decided to remove this letter [by Dr. Provost] from our websites. After verification, some of the elements it contained were inaccurate or could mislead the public, which we cannot support.”

Commenting on the retraction, Provost said:

“I’m really worried about the direction we are heading, about our democracy. Why hide the truth? These numbers are real, this was just my analysis of them. Maybe it’s a disturbing truth.”

Libre Média prefaced the article with a note that it was publishing Provost’s article in full, “in accordance with its mission to protect freedom of the press.”

Criticism of COVID vaccines for young children led to suspension

Two days after Québecor removed his article, Provost went public with the news that Laval notified him on June 13 that the university was suspending him, effective June 14.

Provost filed a grievance through his union, the Union of Laval University Professors.

According to Provost, he sent an email to all his colleagues at Laval University last December, in which he urged them to engage in debates on COVID-19 vaccination and public health measures, because he felt public debate had been lacking.

In the email, he gave the example of a lecture he had given at a conference on Dec. 7, 2021, in which he criticized Quebec’s campaign to vaccinate 5- to 11-year-old children against COVID-19.

The conference was organized by Réinfo Covid Québec, a Quebec collective of caregivers, doctors and citizens “gathered around an idea: the need for a fair and proportionate health policy in Quebec and elsewhere in the world.”

“As a result of this, a professor from the faculty of medicine filed a complaint against me in January, outraged that I was raising questions,” Provost told The Defender. “In particular, that I said the risks of adverse effects [of Pfizer’s mRNA shot] outweighed the benefits for children.”

Provost said his suspension didn’t factor into Québecor’s decision this week to censor his article, as he had not made the news of his suspension public before the article was removed.

In his article, Provost noted that the vaccine mandates for travel within Canada and for federal public servants had been suspended two days before, on June 20.

However, mandates could be reimposed, so Provost invited readers to consider a true portrait of the impact of COVID-19 in Quebec, based on the province’s own publicly available data.

“This mortality rate is greatly overestimated, mainly (i) by including, in the numerator, deaths with, and not because of, COVID-19, which were apparently as numerous, and (ii) by excluding, in the denominator, cases of asymptomatic or unreported infections, which were several times higher than the reported symptomatic infections.”

According to Provost, early on in the pandemic, the analysis of official government data showed two of the main risk factors for complications and death from COVID-19: “advanced age and the number of pre-existing medical conditions, in particular, obesity.”

“The threat of COVID-19 was very real,” wrote Provost, “but was it of the magnitude that we have been told?”

According to the public data available on the sites of INSPQ and of Quebec Data Partnership, from April 1, 2020, to March 31, 2021, there were 20,616 hospitalizations due to COVID-19 out of a total of 986,607 hospitalizations — so approximately 2.1% of hospitalizations were a result of COVID-19 infections.

At the worst point in the crisis, COVID-19 hospitalizations peaked at 5.9% of the total.

Given the above data, Provost asked if the public health measures taken were justified. He raised a series of questions, including:

Provost also asked if the data justified overriding the right of individuals to consent, in a free and informed manner, to an injection that is still experimental.

He questioned mass vaccination of the entire population for a disease that particularly affects the very old and sick, and of imposing vaccination on young people and workers.

Quebec used vaccine passports, and Provost asked if the data justified restricting the right to access public places and hindering the freedom of movement by train or plane of people who were not “adequately” vaccinated, “even though the shots do not prevent infection or transmission.”

With respect to governance, Provost said the government assumed power by self-proclaiming and perpetuating a state of health emergency and certain measures beyond the emergency period.

He noted that professionals and academics were muzzled if they were critical of health measures, through pressure from their professional organizations or their institutions, under penalty of losing their jobs.

He also pointed out that the polarized and polarizing media coverage sowed fear, anxiety and division, and that citizens were encouraged to discriminate against people who were not vaccinated against COVID-19.

As part of the remedy to what he viewed to be heavy-handed public health measures, Provost stressed the “importance of depoliticizing decisions that infringe on individual rights and freedoms by establishing, for example, by a Council of Scholars that is independent from the government, so that these decisions are based on science and are made more quickly.”

Provost closed his article by calling for a review of the management of the pandemic:

“An assessment of the management of this crisis, which has revealed the limits, even the flaws, of our system and our democratic life, is essential.

“We owe it to too many seniors whom we have failed to protect, as well as to those whose rights and freedoms have been violated for too long.”

Dozens of messages of support

Provost told the Defender that in the hours before his article was pulled, one idea was to have another professor write a rebuttal to his article.

But instead, Quebecor’s news sites simply deleted the article.

On Monday, Joel Monzée wrote an article in Libre Média about the censorship of Provost’s article and its implications for science. “Science is only science because it questions itself,” Monzée wrote.

Monzée said that with respect to the COVID-19 pandemic, “It is blithely claimed that there is a scientific consensus. However, this only exists because certain academic personalities seem to have enough influence over their colleagues to curb any questioning of the consensus, at least in public.”

Monzée asked, if there were inaccuracies in Provost’s article, then why not address them with a counter-analysis?

Provost is the supervisor of four Ph.D. students whose work has been affected by his suspension.

“Because of my suspension, I cannot go on the campus, enter the Research center or talk to them,” Provost said. “They are essentially left alone. They are collateral damage.”

Provost said that though the situation was difficult, in the past few days he had received dozens of messages of support, and also observed that a growing number of citizens “have a thirst for truth and openness.”

Provost told The Defender, “I would like to raise awareness about how our society is evolving, it’s not in a good direction. It is getting to the point where private interests will be directing our country, we will just be servants.” 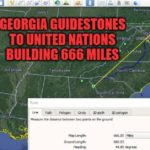