Thousands of tractor-driving farmers demonstrated in central Netherlands on Wednesday, causing widespread traffic chaos as they protested against the government’s far-reaching plans to cut nitrogen emissions.

In one of their largest-ever demonstrations, the farmers demanded the scrapping of recently announced plans by the Hague-based government, which could see a 30 percent reduction in livestock.

The Netherlands, the world’s second-largest agricultural exporter, is one of the top greenhouse gas emitters in Europe — especially of nitrogen — with much of this blamed on cattle-produced manure and fertiliser.

But farmers say they are being unfairly targeted as opposed to big business and industry, with many vowing to resist any plans to scale down or close farms.

Traffic came to a standstill for kilometres around the town of Stroe, east of Amsterdam, as farmers and their tractors arrived from across the country to protest.

“It’s not normal, what’s being done to the farmers,” one of the protesters Jan Poorter, 74, told AFP.

“It must happen gradually and that’s not the case,” added Poorter, a retired businessman as hundreds of tractors gathered on a field, many with horns blaring and safety lights flashing. 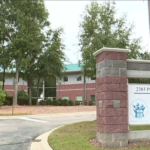