The Ministry of Truth is now running up against a harsh political reality: Americans across the political spectrum have no desire to be censored by their own government.

Both Republicans and vulnerable Democrats facing midterm elections are under increasing pressure to ensure voters are not silenced by the Department of Homeland Security’s new ‘Disinformation Board.’

Sen. Bill Hagerty, a Republican from Tennessee, sent a letter to DHS Secretary Alejandro Mayorkas this week outlining why the Disinformation Board is probably illegal.

“Hagerty wrote that the board may violate the Antideficiency Act, which says the executive branch can’t spend money unless Congress authorizes it, and that its creation also may be subject to the Congressional Review Act,” the New York Post reported.

“Plainly, this DHS Disinformation Governance Board imposing significant constraints on the bedrock of American values and freedoms and new costs on the American people requires congressional review and may be a violation of the Antideficiency Act,” Hagerty wrote.

“Establishment of this board will significantly impact Americans’ free speech rights and cuts across numerous areas of government and society,” he added. “It will change the relationship between the government and the governed to whom it answers. It will also substantially increase administrative costs for the number of different federal agencies engaged in this effort, which will impose increased costs on the American taxpayer.”

Critically, Hagerty’s letter threatened legal action against Mayorkas if the board runs afoul of the law and in violation of Congressional appropriations for the agency.

“In this case, it appears that the amount available for this action is ‘none’ and that Congress explicitly defunded it, just weeks ago,” he continued.

“As you know, an officer or employee, including you, who violates the Antideficiency Act ‘shall be subject to appropriate administrative discipline,’ and, for willful violations, faces a criminal fine, imprisonment, or both,” Hagerty went on.

“The letter asks Mayorkas to confirm he will make the board reviewable under the Congressional Review Act and notify the White House budget office if DHS violated the Antideficiency Act,” the Post noted.

Three other Congressmen wrote letters to Mayorkas expressing grave concerns over the DHS’s board.

GOP Reps. John Katko of New York and Mike Turner of Ohio sent a letter raising “serious concerns” over the body. Sen. Josh Hawley of Missouri also wrote a letter, stating the board is “dangerous and un-American.”

Hawley introduced legislation on Wednesday to dissolve the board, which would also remove the executive director position currently held by Nina Jankowicz.

On Wednesday, Mayorkas was grilled before Congress on the hiring of Jankowicz, apparently without thorough vetting of her views.

“When the department picked her did it know that she had said that Mr. Hunter Biden’s laptop is Russian disinformation?” Sen. John Kennedy (R-LA) asked.

“I was not aware of that, but we do not discuss the internal hiring process. Ultimately, as the secretary I am responsible for the decisions of the Department of Homeland Security,” Mayorkas replied.

“Senator, let me repeat myself and add an additional fact,” Mayorkas replied. “One, we do not discuss internal hiring processes. Two, I was not aware of that fact.”

“Three, as the Secretary of Homeland Security I am responsible for the decisions of the department, and it is my understanding that Ms. Jankowicz is a subject-matter expert in the field in which she will be working on behalf of the department,” he continued.

“I can tell,” Kennedy shot back.

The view that the Disinformation Board would represent an existential threat to Americans’ First Amendment rights has been strongly expressed by other lawmakers.

One Democratic congressman, Rep. Jim Himes of Connecticut, said he views the board “from a position of deep skepticism whenever any government gets involved in managing information, identifying disinformation.”

“As far as I’m concerned, the government has no business saying that this is disinformation and this is information,” Himes added.

Congressman Peter Meijer of Michigan told Fox News Digital at the Milken Institute 2022 Conference that the Disinformation Board’s mission is unclear even to legislators.

“I still have yet to be explained what this thing is,” Meijer said. “The one thing that’s unquestionable is this is terrible communication.”

“I have implored the Biden administration to just cancel this whole thing,” he added. “Before we even get to what this questionable mission is — is so ham fisted and just off base that they should just cut their losses on this thing.”

The Biden administration has attempted to reassure the American people that the Disinformation Board would have a limited mission of fighting foreign-based disinformation — a mission that is already given to the Department of State, the National Security Agency, and CIA counter-intelligence.

“The Disinformation Governance Board focuses first on disinformation surrounding human migration into the US and potential disinformation threats from Russia aimed at US critical infrastructure,” DHS said in a news release last week.

Yet when asked about U.S. elections, DHS Secretary Mayorkas suggested that the Disinformation Board would be heavily involved.

“We are seeing a rise in misinformation and disinformation that is attempting to strike at the integrity of the election system and people’s right to vote,” Mayorkas told Congressman Hank Johnson (D-GA).

White House Press Secretary Jen Psaki, who is leaving to join far-left media outlet MSNBC, had the temerity to assure Americans that the board will operate in a “nonpartisan” and “apolitical” manner.

That would be a first for any government agency under the Biden administration. 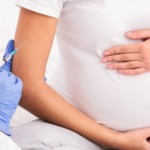 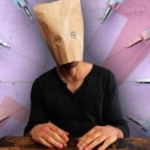