In response to a Texas lawmaker’s plan to shield children from the depraved horrors of ‘Drag Queen Story Hour,’ a California Democrat indicated that he would be introducing legislation that would mandate “Drag Queen 101” in school curriculums for K-12 students.

Following a horrific event last week in Texas called “Drag the Kids to Pride,” in which children attended a hyper-sexualized Drag Show at a 21+ gay bar – disturbing viral videos from the event show kids handing dollar bills to the adult men as they dance provocatively – Texas state representative Bryan Slaton absolutely blasted the event as he introduced legislation that would effectively ban children under 18 from Drag events.

“The events of this past weekend were horrifying and show a disturbing trend in which perverted adults are obsessed with sexualizing young children. As a father of two young children, I would never take my children to a drag show and I know speaker Dade Phelan and the rest of my Republican colleagues wouldn’t either.”

Protecting our own children isn’t enough and our responsibility as lawmakers extends to the sexualization that is happening across Texas.”

ICYMI – here is a short clip from the awful event that was billed for the “whole family” – absolutely horrifying. This should be illegal everywhere. The sign at the event literally said the words “it won’t lick itself.”

Again, an event for young CHILDREN:

Naturally, radical LGBTQ activists and groomers weren’t too pleased with Slaton’s crusade, decrying the lawmaker as a bigot, guilty of pushing genocide and erasure on trans people – which is obviously total unhinged nonsense. Unfortunately though, in places like the Liberal hellhole that is California, the crazed activists pervade the government power structure.

After seeing Slaton’s statement, Democrat California state senator Scott Wiener, who represents San Francisco, felt inspired to turn California into a sanctuary state for groomers, tweeting that he now has “an idea” for new legislation that will ensure the children are forced to partake. 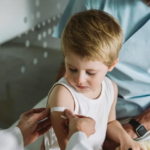