LOS ANGELES (TND) — An investigation by TheDailyMail.com uncovered thousands of individuals convicted of severe child sex crimes in the state of California were let out of jail in less than a year.

Legislation called Megan’s Law established a database to assist families across California in identifying sex offenders living near them. The database also allows users to search for offenders by name.

However, according to TheDailyMail.com’s Josh Boswell, who broke the story, the database – run by the California Department of Justice – does not allow users to see the data en masse.

Boswell told Fox News’s Tucker Carlson Tuesday evening he had requested the data from the California DOJ, but they refused to give it to him, forcing Boswell to develop computer code that allowed him to scrape and collect all the data for his analysis.

Boswell reported that over 7,000 sex offenders convicted of “lewd or lascivious acts with a child under 14 years of age” were let out of prison the same year they were incarcerated.

During his investigation, Boswell also found that 365 individuals convicted of continuous sexual abuse of a child, 39 individuals involved in cases of sodomy with a child under 16 and three cases of kidnapping a child under 14 “with intent to commit lewd or lascivious acts,” spent less than a year in jail.

One offender highlighted by Boswell was Carlos Alexander Nahue, 48, who Boswell reported was convicted of “continuous sexual abuse of a child” in 2015. Nahue pled no contest to his crime and received only two days in jail plus five years of probation, Boswell pointed out.

Boswell was also able to determine that Nahue currently lives one block from a daycare and three blocks from an elementary school.

“In my days [in the LA DA’s office], we made every effort to get as long of a prison sentence as we could, because we knew that the minute they’re going to come out, they’re more likely to reoffend and another child’s gonna get harmed,” Dordulian told TheDailyMail.com.

“With Newsom, they’ve passed a lot of legislation where they are allowing for resentencing, they’re allowing for people to come back and there’s a push to have less time spent in prison,” Dordulian said.

“That has been the push for the last at least five years: letting people out of prison much earlier than what their sentences were for. But these types of individuals, they’re not amenable to rehabilitation, and studies have shown that,” he added. “It’s a very, very scary trend.” 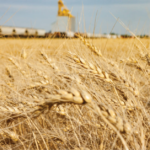