bilateral transtibial amputation from the Jab. When will this stop? Plandemic

MINNEAPOLIS — A 47-year-old Christian missionary and Nigerian immigrant is now permanently disabled and receiving specious explanations from the medical establishment.

Mrs. Jummai Nache received her second experimental Pfizer mRNA injection on February 1, according to a lengthy GoFundMe summary. She returned to work and immediately experienced chest pains. The discomfort and pain persisted until February 6 when her husband, Mr. Philip Nache, took her to the emergency room.

Doctors performed an electrocardiogram (EKG), but said nothing was wrong with her heart. Despite being “fully vaccinated,” doctors diagnosed Mrs. Nache with COVID-19. Mr. Nache called the diagnosis “shocking” since his wife exhibited no symptoms prior to receiving the second experimental mRNA injection. The hospital discharged Mrs. Nache with orders to follow CDC guidelines for COVID-19.

Mrs. Nache returned to the emergency room on February 13 when her condition worsened. She was transferred to the University of Minnesota Medical Center for further observation. Doctors placed her on a ventilator after discovering fatally-low oxygen levels and blood pressure. Her heart was also “deteriorating.”

Doctors told Mr. Nache that his wife could die at any moment. She was now battling arterial blood clots, ischemia and cardiomyopathy. Doctors removed the ventilator in due course. But Mrs. Nache required a bilateral transtibial amputation – both legs surgically removed below the knees. 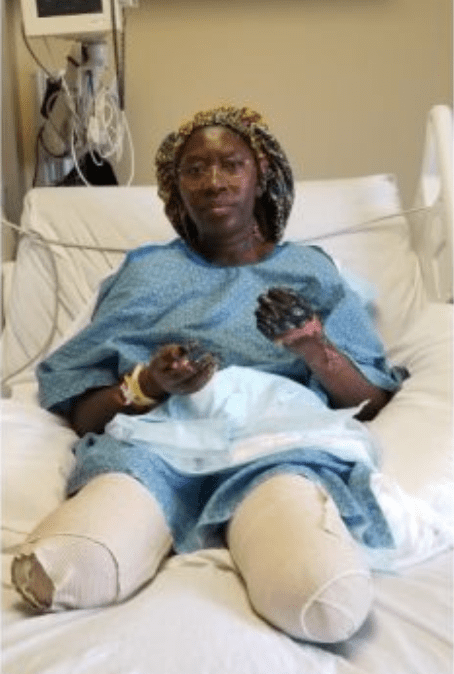 Her hands are also severely damaged and must be partially or fully amputated once the leg surgeries heal. 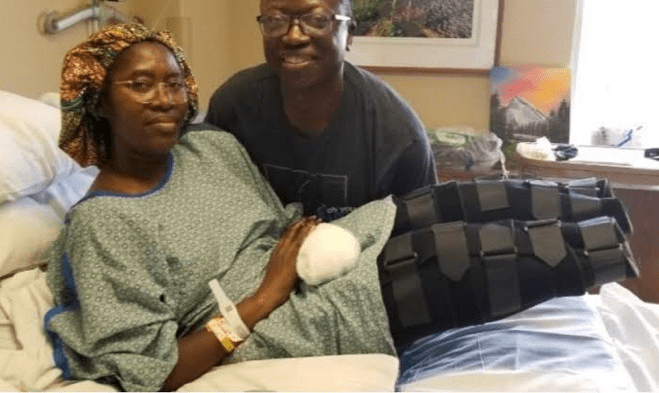 A 2010 study published in the Annals of Thoracic Medicine found that doctors often failed to perform systematic screening for venous thromboembolism on asymptomatic patients. The problem in this case, however, is that an EKG was performed, but said to have found nothing. University of Minnesota doctors want the Nache’s to believe that all this was caused by “COVID-19.”

Mr. Nache said his wife’s original blood sample still exists in a lab. They want second and even third opinions from independent experts. Doctors said Mrs. Nache’s heart is “100% healed.” But that’s hard to believe. The Nache’s also aren’t buying the COVID-19 story. Mr. Nache said he submitted the following questions to the CDC (that are unlikely to ever be answered)”

1. When her symptoms started, I was with her, eating and sleeping together, but I tested negative and did not have any symptoms. Why am I not positive?

2. If she got the vaccine before the virus or got them at the same time, did the clashing of the covid-19 and the vaccine cause such adverse reactions? Why didn’t the CDC or Pfizer let us know? Or why wouldn’t they ask everyone to be tested for covid-19 first, before taking the vaccine?

Prognosis and faith in God

University of Minnesota doctors said they cannot verify whether the Pfizer injection caused all the trauma. The only “conclusive” reason they’re giving is Multiple Inflammatory Syndrome in Adults (MIS-A) caused by COVID-19.

Mrs. Nache will need many more surgeries and prosthetic legs at some point. Her LinkedIn page says she was a Student Experience Team Leader at Hennepin Technical College. She was also a student studying to become a Licensed Practical Nurse. Mrs. Nache also has a Master’s Degree in Christian education.

The Nache’s are known for their missionary work among other African immigrants in Minneapolis. Mr. Nache equates his wife’s new life to that of Job in the Bible. Despite his faith in God, Job was afflicted with all kinds of misfortune, including losing all his belongings and being afflicted with disease. Suffering tests your faith in God and that is the position of the Nache’s.

The GoFundMe page has collected nearly $104,000 as of publishing. 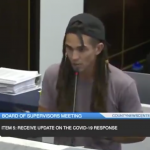 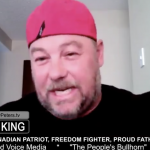 Home » Featured » The Jab Is Causing People To Loose Their Limbs