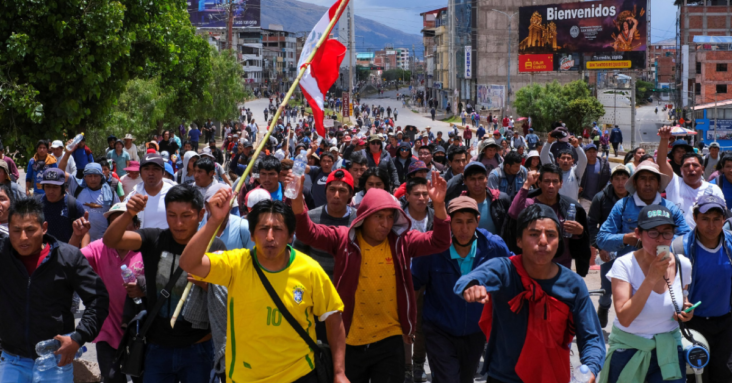 Amid Deadly Protests, Peru Declares a National State of Emergency

The measure suspended some civil rights, including the freedom of assembly, and deepens a crisis set off when the elected president was impeached by Congress last week.

LIMA, Peru — The government of Peru declared a nationwide state of emergency on Wednesday as it sought to control widespread violence following the ouster last week of the country’s elected president, who had tried to dissolve Congress.

It was an extraordinary turn of events even in a country accustomed to political upheaval and protest.

The emergency measure, which was announced by Alberto Otárola, the country’s defense minister, suspended the rights of assembly and freedom of transit, among other civil liberties, for 30 days. It was signed into law Wednesday evening by the country’s new president, Dina Boluarte, and specified it would be enforced by the national police force with the support of the military. The decree did not impose a curfew.

The move is the most significant government response to a crisis that erupted last Wednesday when the president, Pedro Castillo, tried to disband Congress, which he had been feuding with since taking office last year.

Within hours, Peru’s Congress impeached him and Mr. Castillo was arrested, setting off waves of angry protests by supporters who believe his removal was illegitimate.

Several political analysts said that while past governments have declared states of emergency in certain parts of the country, the measure had not been used this widely since the 1990s, when the country was brutalized by a Marxist terrorist group called the Shining Path.

Speaking to reporters outside the presidential palace on Wednesday, Ms. Boluarte, who took office a week ago, called for calm. 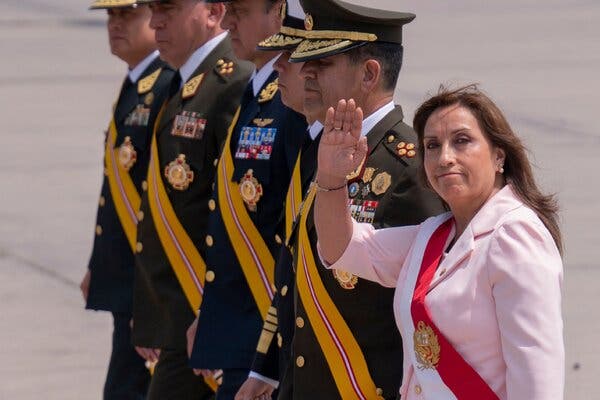 “Peru cannot overflow with blood,” she said, and then referred to the Shining Path days. “We have already gone through that experience in the 1980s and ’90s, and we do not want to return to that painful story that has marked the lives of thousands of Peruvians.”

Mr. Castillo’s attempt to dissolve Congress and install a government that would rule by decree was denounced by both opponents and many of his allies as a coup attempt. Ms. Boluarte, the former vice president, was sworn in that same day.

The public reaction to the swift transition was at first relatively muted. But in recent days protesters have emerged en masse, mostly in rural areas, staging attacks against police stations, courthouses, factories and airports, among other targets.

At least six people have died, most of them young protesters, and more than 100 police officers have been injured, according to Peruvian authorities.

Peru’s police recently said that since last Wednesday 71 people have been arrested in the departments of Lima, Apurímac, Arequipa, Ica and La Libertad, accused of disturbing the public peace.

The demonstrations are backed by the largest federation of labor unions, the largest association of Indigenous people in the Peruvian Amazon and many organizations representing poor farmers, among other groups.

So far, no single leader has emerged to try to unify the disparate groups. Peru has been hobbled by political upheaval and high-level corruption scandals that have led to six presidents since 2016. 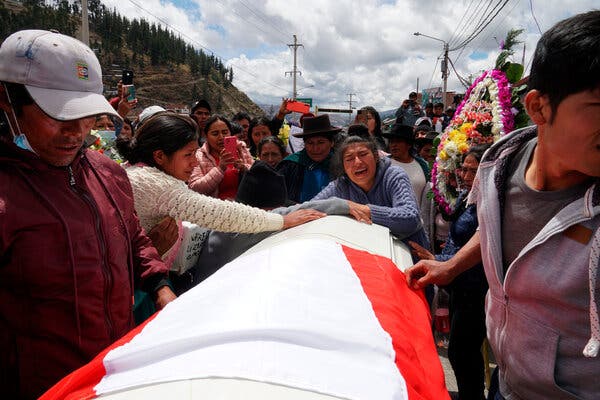 In Cusco, the protests have choked off roads across the region, cutting off supplies to copper mines and local food markets and shutting down Machu Picchu and other tourism sites, said the regional governor, Jean Paul Benavente. He estimated that about 3,000 tourists, including U.S. citizens, were stuck in the regional capital or in the Sacred Valley and other areas near Machu Picchu.

In a phone interview on Wednesday, Mr. Benavente said that the military had not yet been deployed to support the police in protecting critical infrastructure. As he spoke, protesters were withdrawing from a fresh attempt to occupy the airport in the city of Cusco.

Mr. Benavente said he had helped de-escalate the situation by reminding protest leaders that the airport was already inoperative.

“Those are the social leaders who are transparent, who have taken part in dialogue,” he said. “Unfortunately, there are mobs, there are very specific groups that sometimes push things too far.”

Mr. Benavente is one of a few elected officials who seemed hopeful that dialogue could provide a peaceful and legal way out of the crisis. The chief demand uniting all protesters, he said, is new general elections. If Congress and the government can quickly overhaul the Constitution to allow early elections, a “truce” could be reached soon. Otherwise, demands will most likely continue to grow more radical, he said.

Mr. Castillo, a former schoolteacher and union activist from a poor rural family, galvanized many Peruvians like him with his leftist platform during last year’s election. He campaigned on a vow to address poverty and inequality. His motto — “no more poor people in a rich country” — and his call for a rewrite of the constitution energized many rural farmers in a deeply unequal nation where the urban elite vehemently opposed his candidacy.

Many of his supporters said they were frustrated by a system designed only to help the elite class.

But after taking office, he struggled to govern, his government marred by allegations of corruption, incompetence and mismanagement.

After Mr. Castillo’s arrest last week, his supporters accused the political elite of driving him toward political suicide, and said the establishment never gave him a chance to govern successfully. In interviews, some said they felt they had been robbed of their vote, pushing them to the streets.

José Godoy, a Peruvian political scientist, was critical of the decision to declare a state of emergency.

“It verifies that measures for force come before dialogue with the citizenry,” he said. “This diminishes Boluarte’s credibility.”

Mr. Godoy added that the decision would also be a blow to the economy.

“It seems disproportionate to me,” he said. “I think it should only apply in places where there’s really convulsion.”

Mr. Castillo is one of several leftist presidents who was swept to power in Latin America in recent years amid deep anger at establishment politicians. Many of these leaders have sought to unite around a common purpose that seeks to address deepening inequality and wrest control from the political elite.

On Monday evening, several of those aligned nations issued a joint statement calling the ousted president “the victim of undemocratic harassment” and urging Peru’s political leaders to respect the “will of the citizens” who voted him in.

The statement, issued by the governments of Colombia, Bolivia, Argentina and Mexico, referred to Mr. Castillo as “president” and made no mention of Ms. Boluarte. 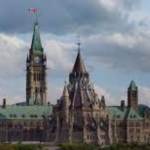 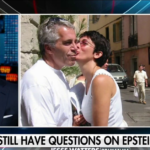