On July 19, 2021 the European Medicines Agency advised that myocarditis and pericarditis be added to the list of adverse effects of both messenger RNA (mRNA) based vaccines (BNT162b2 [Pfizer–BioNTech] and mRNA-1273 [Moderna]) against coronavirus disease 2019 (Covid-19)1. This statement followed pharmacovigilance reports of an increased risk of myocarditis among recipients of mRNA vaccines that showed certain common patterns2,3. Several reports indicate that adverse events typically occur within a week after injection, mostly after the second dose of vaccine, cluster in young males, and result in a mild clinical course and short duration of hospitalization4,5,6. However, the predominance of a vaccine-associated risk in males7 and its extent regarding pericarditis, as a specific condition, remains uncertain8,9,10,11. Population-based risks estimates for each condition and across sex and age groups and by vaccine type remains crucial as vaccination campaigns are still to be extended especially towards the youngest and with subsequent doses. The Covid-19 vaccination campaign began in France in late 2020 with the gradual roll-out of the two mRNA vaccines, BNT162b2 and mRNA-1273 alongside viral vector-based vaccines. Initially reserved for the oldest and most vulnerable groups, as well as healthcare professionals, vaccination was opened up to the entire population over the age of 18 years as of May 12, 2021, and to all over 12 years old as of June 15, 2021. As of October 31, 2021 approximately 50 million people (88% of the eligible population, i.e. over 12 years old) in France had received a full vaccination schedule12. Here, we aimed to estimate the age and sex-specific associations between each mRNA Covid-19 vaccine and the risk of myocarditis and pericarditis, using nationwide hospital discharge and vaccine data for France.

Characteristics of the study population

Between May 12, 2021 and October 31, 2021, within a population of 32 million persons aged 12 to 50 years, 21.2 million first (19.3 million second) doses of the BNT162b2 vaccine and 2.86 million first (2.58 million second) doses of the mRNA-1273 vaccine were received (Table S1). In the same period, 1612 cases of myocarditis (of which 87 [5.4%] had also a pericarditis as associated diagnosis) and 1613 cases of pericarditis (37 [2.3%] with myocarditis as associated diagnosis) were recorded in France. We matched those cases to 16,120 and 16,130 control subjects, respectively. The characteristics of the cases and their matched controls are shown in Table 1. For both myocarditis and pericarditis, key differences between cases and controls included a higher proportion among cases of a history of myocarditis or pericarditis, of history of SARS-CoV-2 infection, and receipt of an mRNA Covid-19 vaccine. The mean age and proportion of women were lower among patients with myocarditis than those with pericarditis.

Risk of myocarditis and pericarditis associated with vaccination 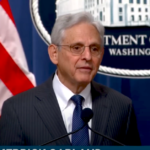 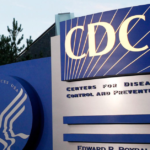