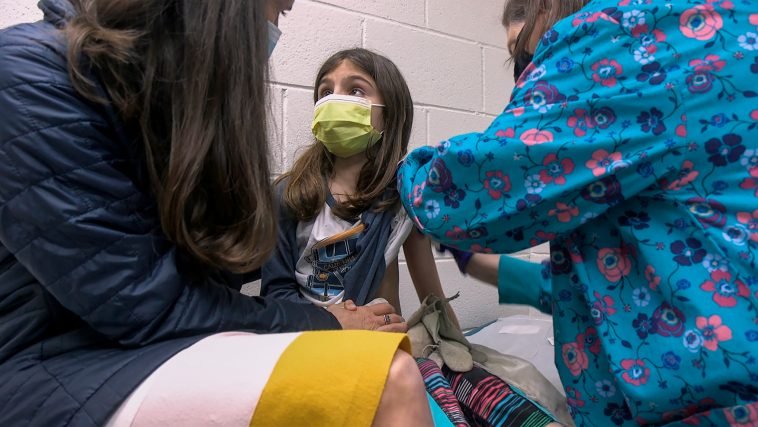 In this Wednesday, March 24, 2021 image from video provided by Duke Health, Alejandra Gerardo, 9, looks up to her mom, Dr. Susanna Naggie, as she gets the first of two Pfizer COVID-19 vaccinations during a clinical trial for children at Duke Health in Durham, N.C. In the U.S. and abroad, researchers are beginning to test younger and younger kids, to make sure the shots are safe and work for each age. (Shawn Rocco/Duke Health via AP)

DALLAS (KXAS/KXAN) — An eight-year-old boy in Dallas was vaccinated at a drive-thru site in what authorities there are calling an “oversight” and “human error.”

Fire Chief Robert Fite of the Grand Prairie Fire Department told NBC DFW in Dallas that 3,800 people were vaccinated the day the boy got his shot.

“They’re in the car, there’s a code, the paramedic did what that paramedic did for thousands of others for that day and went ahead and gave the vaccination, and did not realize it was a child under the age of 18,” said Fite.

The boy’s father said he did not know that his child wasn’t eligible. He said he was able to register his son and got an appointment. The vaccine site was in Dallas County and Fite says the Grand Prairie Fire Department helps operate it.

“We had some questions about how a child under 18 could even get registered,” he said. “If there was a fail system in place, then we wouldn’t even have to worry because you couldn’t get registered. If they got a QR code, part of our assumption is they understand who should be registered and who should not.”

The father only realized the mistake after talking to his pediatrician, Dr. Marcial Oquendo.

Oquendo says the father was under the assumption that if he submitted his information and got an appointment that everything was good to go. He did not know that the FDA has not approved any vaccine for children younger than 16.

“We don’t have the data, especially under the age of 12 to say if it works, is it safe, how much should we use, which kid can get it and which kids can’t,” said Oquendo. “It needs to be in a controlled setting of a clinical trial where we are monitoring every possible angle to be able to say if it’s safe and effective to use in kids in this age group.”

What happens to the person who administered the shot?

Chief Fite says the Grand Prairie Fire Department plans to investigate and find which paramedic administered the shot. He said they are also looking for answers from Dallas County officials about why the boy was allowed to get an appointment.

Dallas County Judge Clay Jenkins said “human error” allowed the boy’s age to go unnoticed through the process and was what allowed him to get a coveted vaccine appointment.

Jenkins added that they are working to make sure an error like that cannot happen again. 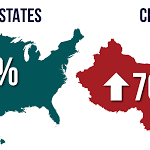 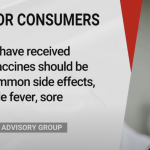