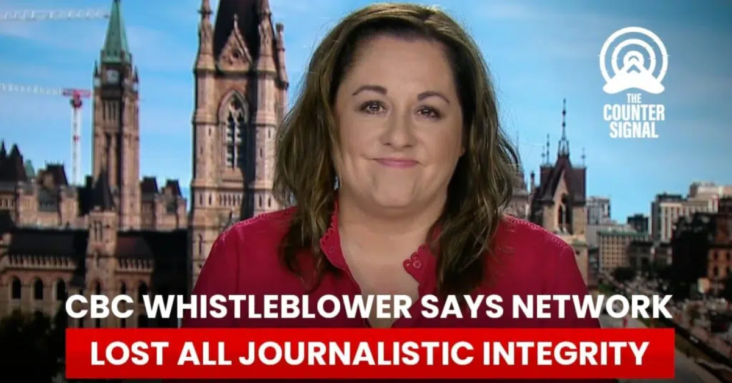 “I tried to push through a number of stories that were censored and cancelled. We were no longer committed to truth and honesty,” Klowak told Wood.

Klowak described how she wanted to show both sides of the vaccine debate and let viewers decide for themselves. At the time, she was finding concerning data coming out of Israel — a country where vaccines were available months before most others like Canada — and thought it was newsworthy. CBC disagreed.

“This was at the time when Israel was reporting links between the Pfizer vaccine and heart inflammation,” Klowak continued. “And, we were talking about this in the newsroom, about this link, and what could it mean… and how the trials were on for this vaccine until 2023, and I called a meeting with the managing editor and the exec, and I said we have to be really careful on this bandwagon we’re getting on promoting this vaccine because we don’t know what the outcome is going to be in a few years down the road.”

“What if this becomes another Thalidomide?” she asked, referencing the 1950’s drug that was given to pregnant women for nausea before being recalled after birth defects were discovered to be a prevalent side effect.

But her concerns fell on deaf ears.

According to Klowak, all nuance and skepticism were thrown out the door. The CBC was on team vaccine, and that was that.

She continues, saying that she had always enjoyed her time at the CBC and thought they gave “a voice to both sides of an issue” and would let the listener “decide what the truth was in that.” But now, she said, the CBC had decided to become “intentionally misleading.”

“All of a sudden, we were eliminating one entire side, and we were saying ‘Here’s the truth,’ and to me that was misleading — and it wasn’t honest.”

Klowak said that this was the turning point for the CBC. They were repressing information the public needed to “make a decision based on informed consent,” and things “started to spiral” into outright censorship at the network.

“It was quickly becoming not safe for people to tell their stories and to have their voices heard because they would be dismissed; they’d be cancelled; they’d be belittled,” Klowak explained.

“There was this huge disconnect between what I saw we were publishing and the stories I was hearing.“

Presenting only one side

Klowak gives an example of a story that didn’t get published because CBC wanted to spin it as pro-vaccine.

She says a group of parents contacted her with vaccine concerns. For example, they thought it was unethical to encourage children to get the vaccine behind their parents’ backs. Moreover, they had vaccine liability questions.

The group referenced expert virologist Byram Bridle from the University of Guelph to show that their concerns were based on science, not mere speculation.

Shocked by the division the vaccine was causing in families and communities, Klowak pitched the story and was given the go-ahead by her editors.

She proceeded to seek out both sides of the scientific debate regarding COVID vaccines.

In the course of her research, Klowak came across the Canadian COVID Care Alliance — a group of medical experts who presented an alternative vaccine perspective supported by scientific insights and data. The group had a petition calling to suspend vaccines in youth until long-term safety trials were completed.

Thinking this was a hard-hitting story that would “punch a hole in the narrative,” her copy-editor instructed her to submit a draft to the Toronto Health Unit for feedback.

While none of the data in her draft was questioned by the authorities at the Toronto Health Unit, they attacked the reputation of the COVID Care Alliance.

Klowak was subsequently asked by CBC higher-ups to take the COVID Care Alliance out of the story and to include two voices from Toronto Health Unit who supported vaccinating young people instead.

“So at that point, I went back to management. I said you know what, ‘I can’t do this. What you’re asking me to do is journalistically unethical. It’s manipulating information. This doesn’t sit well with me,’” Klowak said.

“It was dishonest. It was a dishonest thing for me to do. It was immoral for me as well. Because not only were we cancelling credible voices, we were violating our own principles of balance and fairness.“

“I couldn’t do what they were asking me to do by censoring an entire group of credible professionals just because they had a different viewpoint on this.”

“I’m thinking, this is not right. And it was moving the story towards the narrative, and not allowing dissenting voices to be heard.”

Klowak further noted that the CBC moved from merely disregarding one side to outright smearing them with labels such as “anti-vaxxer.”

In 2021, she notes, the federal government conducted a survey to find the proportion of vaccine-hesitant Canadians, finding that 50% of the Canadian population was hesitant at the time because the vaccine was experimental and unproven.

But instead of focusing on that group of 50%, CBC framed the vaccine-hesitant as borderline religious nuts who denied COVID as even being real.

“We were feeding fear, and anger, and division, and I thought, I just can’t be part of this anymore.“

Here is a brief sample of some of the propaganda articles that the CBC released in the latter half of 2021:

“The way that group was painted and portrayed was just, you know, I was just left speechless thinking, really? Really? Do you really think these people are criminals and white supremacists? Really? It was just so disturbing to watch,” Klowak told Wood.

Klowak also says she saw videos of the Freedom Convoy that showed the protestors in an entirely better light than what the CBC was reporting.

It didn’t matter, though. The CBC had their agenda, and nothing would get in the way of it.

More disturbing, however, Klowak says that while at the CBC, stories about vaccine injuries were rejected.

“This was the most profound form of gaslighting. You had a [person with a] vaccine injury, and yet we were hesitant to believe what they were saying was true — that they could have possibly had this experience,” Klowak said.

She then recounted interviewing a woman in her 30s who’d suffered pericarditis within two days of getting vaccinated and was still struggling with daily activities due to her condition.

She pitched the story, but, again, CBC editors wanted to spin the story towards vaccines being a good idea for women her age.

And, again, Klowak refused to run it. She eventually left the network.

Klowak isn’t alone in blowing the whistle on the CBC

Klowak isn’t the only CBC whistleblower to come out this past year. In January, Tara Henley also quit and explained in her substack why she left.

“Those of us on the inside know just how swiftly — and how dramatically — the politics of the public broadcaster have shifted,” Henley said. “To work at the CBC in the current climate is to embrace cognitive dissonance and to abandon journalistic integrity.”

“It is to allow sweeping societal changes like lockdowns, vaccine mandates, and school closures to roll out — with little debate. To see billionaires amass extraordinary wealth and bureaucrats amass enormous power — with little scrutiny.”

Indeed, while CBC hosts feign ignorance on the network’s vaccine censorship, editors print corrections nearly every week, and reporters use mannequins in place of patients to make COVID look worse, it’s no surprise to see politicians these days leading “Defund the CBC” chants at their rallies.

The abysmal lack of journalistic integrity described by Klowak and Henley would tank most news organizations, but because the CBC is federally-funded and might as well have a license to mislead, it can’t fail as a company. 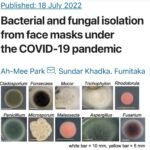