Asda workers have been praised after their quick thinking helped to snare two sick thugs who subjected three men to sadistic abuse. Roheed Ahmed and Kameron Hussain kept the men as ‘slaves’ and set light to one victim’s head, a court heard.

They were forced to give foot massages and savagely beaten if they disobeyed. Their wallets were taken and they had their heads shaved with one victim attacked with sticks and burnt with lighters.

One was threatened with harm to his dog – the only thing he cared about. And the torture only stopped when workers at an Asda store in Walsall called the police after seeing the state of one victim.

They were praised by BirminghamLive readers afterAhmed and Hussain were each jailed for more than nine years for their crimes.

Ann said: “Another Asda staff members quick thinking and action that has to be commended.” Hakeem dubbed the men: “Disgusting vile animals.”

John wrote: “Nasty people that should be locked up forever.” Wolverhampton Crown Court heard how one victim had mental health problems and was discharged from hospital in 2021. He ended up living at the flat of a man where he met individuals including Ahmed.

He was fed drugs and threats of violence were made and often carried out. The victim was told he owed money for the drugs given to him, his bank cards were taken and funds removed.

One of the victims worked during the day but each evening came back to the flat where Hussain also was. He described how the situation went “from really bad to unbelievably bad” and if he did anything wrong, he was punched in the face.

He said he thought the defendants “got kicks out of beating him”. At one point the thugs thought money was missing and the victim was blamed.

His hair was shaved off before he was made to strip and run outside with no clothes on in the cold. Sickeningly, the defendants then beat the victim with sticks and made him “bark like a dog.”

A form of accelerant was poured on the victim and the defendants set fire to his head. He was told he would be killed if he didn’t stay.

The abuse went on for hours and the victim “thought he was going to be killed”. Some of the attacks were also videoed on a phone. He was burnt with cigarette lighters and beaten with sticks and threats to rape him were made.

The defendants took the victim to Asda in Walsall where his appearance caused concern for staff and members of the public. A security guard saw on CCTV one of the defendants pushing the victim in a trolley and making him fall out.

He made a note of the car registration and it was stopped by police who insisted the victim was taken to hospital. Officers described the victim as looking like he had been “in a boxing match”. The defendants were arrested but later bailed.

The second victim then had his phone and wallet taken and was “repeatedly spun around on a chair” and told he would be working for the defendants. He was made to stand in a corner where they both punched him, he was bit on the ear and told he would have to give foot massages.

He was then forced to strip and get in a bath where he believed he would be killed. His head was shaved and he had his “genitals punched”. Hussain called himself ‘Killer Kam’.

At one point this victim was left alone and fled barefoot from the Wolverhampton address. He was chased but managed to make it to a shop where a worker called the police.

The judge told the thugs: “The victims both suffered mental health problems and most likely both suffered from addiction issues that left them without a proper home. Each man was highly vulnerable, the two of you took advantage to enslave and abuse them, the level of vile treatment was at times equivalent to torture.”

Judge Butterfield commended the individuals for their actions in helping the first victim at Asda. Mr Jas Mann, defending Ahmed, said that Ahmed “was and still is a very young man”.

Mr Justin Jarmola, defending Hussain, said Hussain has autism and a psychological report placed his IQ at 67. He added: “He is 23 so he is still a young man.”

Detective Constable Moorhouse, from Force CID, added: “The degradation and humiliation these men suffered was inhuman. They were completely controlled and treated worse than animals.”

Ahmed, 22, of Lewis Street in Walsall, and Hussain 23, of Cecil Street in Walsall, were handed jail terms of nine years and eight months each, with a further three years on extended licence after admitting three counts of false imprisonment, racially aggravated assault, two counts of assault, possessing an article and theft. 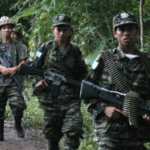